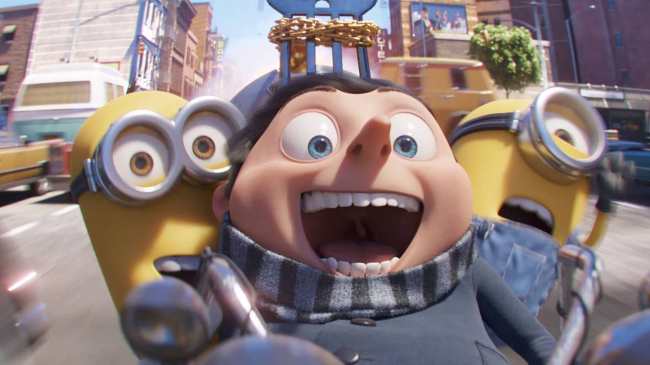 Over the weekend, Minions: Rise of Gru became the highest-grossing July 4th weekend release ever as it racked up close to $130 million at the box office.

One of the reasons that Rise of Gru has become such a massive success is due to its popularity on social media, as an absurd but admittedly hilarious trend called #Gentleminions blew up over the weekend, with potentially thousands of people arriving at theaters around the world dressed in full suits.

RELATED: Hundreds If Not Thousands Of People Are Showing Up To ‘Minions: Rise of Gru’ Dressed In Suits In What May Be The Greatest TikTok Trend Of All Time

While the trend has helped spur the film at the box office, it’s also caused some controversy as videos from screenings with “Gentleminions” in attendance have largely been quite rowdy, which is obviously a disturbance to any regular movie-goers (predominantly families with young children) that aren’t in on the joke.

The most anticipated of the year. #riseofgru #minions #gentleminions

As a result, some theaters are now prohibiting teenagers dressed in suits from purchasing tickets to Minions: Rise of Gru, which — for an industry that struggled so mightily over the last two years — feels like cutting off their nose to spite their face.

Theaters are starting to ban #GentleMinions groups from entering due to 'recent disturbances'#Minions2 pic.twitter.com/KK7v46pJvN

It would certainly be interesting to see what Universal Pictures, the studio behind the film who now has a behemoth, somewhat unexpected hit on its hands, thinks about theaters turning away potentially paying customers that reportedly make up a majority of the audience (34%) watching the film.

The majority of the audience (34%) watching ‘Minions: #TheRiseOfGru’ this weekend was between ages 13 and 17.

Analysts call it an “unusually large showing among teenagers for an animated movie.”

What a strange world we live in.