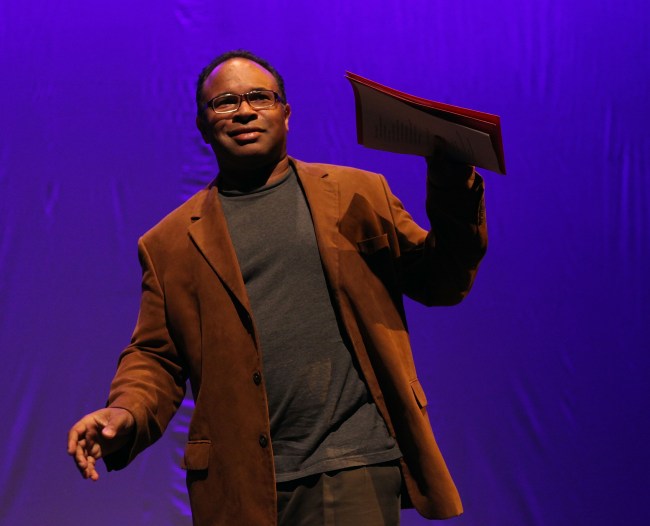 The 57-year-old actor has entered the spotlight again after the Daily Mail and Fox News published photos of him bagging groceries at a Trader Joe’s in New Jersey last week, a job that some online asshats expected him to be humiliated by.

Owens, who claims he’s been working at Trader Joe’s for 15 months for gainful employment purposes while he awaits future acting opportunities, appeared on Good Morning America on Tuesday to shine a light on all the support he’s received after being initially “devastated” by the shaming.

The actor showed up rocking a Yale hat and wearing his Trader Joe’s name tag proudly and shared some pretty refreshing insight on how society thoughtlessly assigns varying degrees of dignity and honor to different career paths. Check it out below.

FULL INTERVIEW: @GMA EXCLUSIVE — "There's no job better than another…every job is worthwhile…" Actor Geoffrey Owens speaks out, responding to job shaming and backlash after a photo of him working at a grocery store was posted online: https://t.co/0wZJnpowI9 pic.twitter.com/aNiG5fV2yf

I know that especially living in New York City, many people define themselves by the work they do.

I recently gained a lot more respect for an old friend who lost a solid job in media sales several months back and was forced to move back to his parents house while he figures out next steps. I spoke to him on the phone a couple weeks back and asked him what he’s doing for cash, and he told me he’s delivery pizzas a few nights a week. Instinctively, I shuddered at the idea of delivering pizzas in a place where everyone knew me and thought I’d moved on from. I asked him if he’s had any awkward encounters and he said “Yeah, but I’m making a couple hundred bucks a night so fuck ’em.”

This encounter forced me to reevaluate my perspective on gainful employment. If someone offered me a job making a couple hundred bucks a night making people’s days better without giving me the details, it would be a no brainer. But the stigma behind being a pizza guy makes it untouchable? Why? For what? How many people have ever heard the doorbell ring and said “Ah fuckin A! It’s the pizza guy! I hope he doesn’t deliver us the delicious, cheesy pizza we ordered right to our doorstep! The balls on this fuckin guy!” Zero. The answer is zero. Pizza guys are like doctors for hungry people.