George R.R. Martin Speaks Out On The Upcoming ‘Game of Thrones’ Prequels 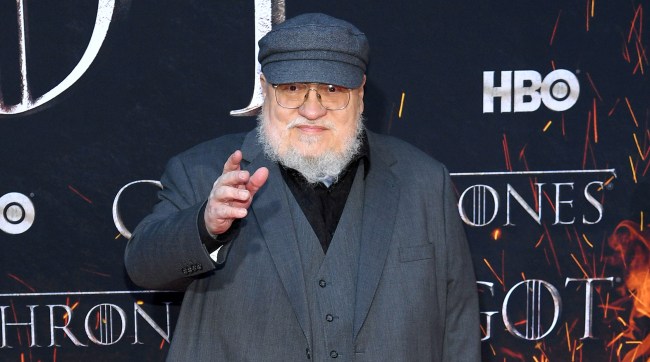 It’s shocking how much can change over the course of a year.

This time 12 months ago, as anticipation and hype for Game of Thrones final season was building, the series was legitimately being discussed as the greatest of all-time.

Now, just a year later, the eighth and final season of the iconic HBO fantasy drama was so divisive amongst fans that a large percentage of them are wholly uninterested in the upcoming prequel series. Every time I write about Game of Thrones and post the article on our social media channels, the majority of the responses are something along the lines of “man, fuck Game of Thrones.” Oh, how the mighty have fallen, to say the least.

Regardless, HBO is clearly still all-in on Westeros, as they’ve already shot the pilot for one prequel series, Bloodmoon, and are on the verge of greenlighting another.

And according to Westeros mastermind George R.R. Martin, there’s plenty of room in the world for not one, not two, but multiple Game of Thrones series.

Martin recently took to his blog to assure “Thrones” fans that there is enough material in his “Song of Fire and Ice” universe to create prequels that will be unique and feel fresh from one another. “Huge continents, ten thousand years of history, cities, deserts, oceans, mysteries, triumphs and tragedies,” Martin wrote. “If there were indeed eight million stories in The Naked City in the 50s, surely there are eight billion stories to be told about Westeros, Essos, Sothoryos, and the lands beyond the Sunset Sea, south of Oz and north of Shangri-La.”

The author added, “And in these days of a hundred networks, channels, and streaming services, I think television has plenty of room for two shows set in Westeros… or hell, maybe three or four… I still want to do ‘Spearcarriers’ after all.” [IndieWire]

Given that Martin is actively involved in the production of both prequels, it should come as no surprise that the A Song Of Ice And Fire scribe is doing his best to smooth the waters between HBO and disgruntled Thrones fans who are still clearly off-put by the way their former favorite series came to a close.

Frankly, while I’m as frustrated about the final episodes of Game of Thrones as the next guy, I’m still all-in on the prequels, as Westerosi lore still remains endlessly fascinating regardless of how drastically David Benioff and D.B. Weiss tried to sully it.