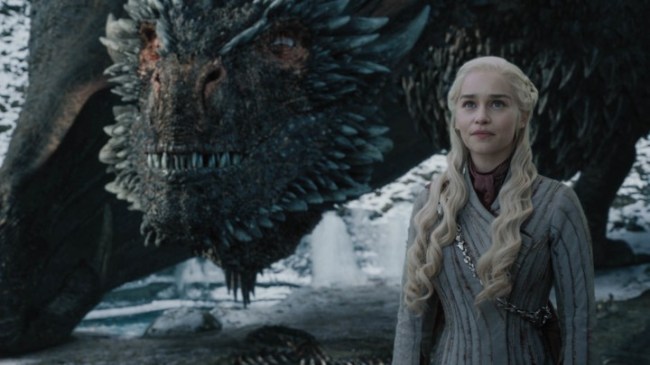 While most of the world believes that Game of Thrones went out with a whimper — the eighth and final season of the legendary fantasy drama is the lowest rated on Rotten Tomatoes and the only to fall below 91% — HBO is still going all-in on the franchise, as reports indicate that HBO is close to approving a *second* Game of Thrones prequel series.

According to the report from Entertainment Weekly, the show that HBO is on the verge of ordering to pilot is “based on the history of the Targaryens, particularly a period that chronicled the house’s civil war — a.k.a the Dance of the Dragons.”

The prosed Targaryen centric series will be the second Game of Thrones prequel that has been ordered to pilot, as HBO has already wrapped production on the Naomi Watts-starring series that’s tentatively titled Bloodmoon.

The project has been a strong contender for an eventual order since HBO commissioned five screenwriters to try their hand at different Game of Thrones prequel ideas back in 2017 in an unusual bake-off effort to replace its departing mega-hit series.

This pilot concept was particularly attractive to saga author George R.R. Martin, who is on board as executive producer. Earlier this year Martin published Fire and Blood, a history of House Targaryen, which detailed events that would be covered in this prospective series. Yet the perfecting the pilot script — now written by Ryan Condal (Colony) — has taken a while, with multiple writers taking swings at it.

At this time, the series has no title and it is unclear when it will begin production. As for Bloodmoon, given that production wrapped earlier this year, it’s quite possible that it premieres sometime in 2020.

Despite the fact that both fans and critics alike were extremely frustrated with the final season of Game of Thrones, HBO doubling down on Westeros is really a no brainer, as the show’s global appeal and consistent record-shattering ways will continue to carry significant weight, no matter how vocal those vehemently against the franchise may be.