Girl Outs Ex-Boyfriend For Being On Tinder, And The Dude Did Not Take Too Kindly To It 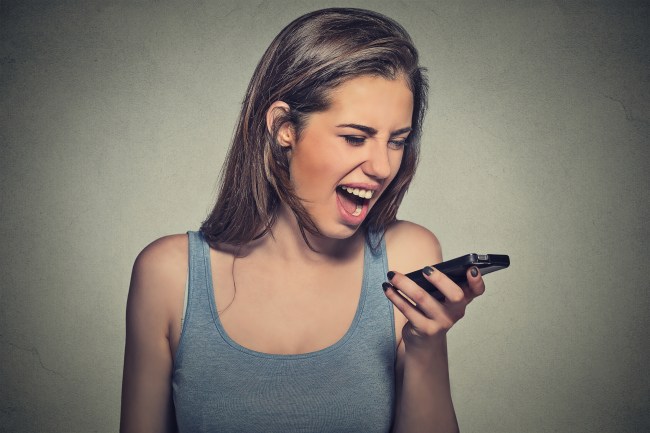 Tinder is one of the best hookup apps, but it is also like watching porn–everyone engages in it but it’s not something people typically tattoo on their foreheads. That’s why everyone knows a couple who met on Tinder but have a convoluted “back story” about how the dude caught the girl and her kitten after they jumped out third story of a fiery building and it was roses and rainbows from there. But in reality, they met while they were simultaneously taking a shit.

Point is, if you see someone you know on there, don’t out them. And especially don’t tweet out their photo in a self-indulging attempt to go viral. But that’s exactly what Brianna, a 20 year-old from Oklahoma did when she came across her ex Adrian on Tinder. It went super viral because they used the same profile picture with the other cropped out.

When u find ur ex on tinder anddd 💀😂😂😭 (we're friends so no hard feelings) pic.twitter.com/vchOiAl1n8

Cute little coincident, no? Well the plot thickens when Adrian, who still has an axe to grind, calls Brianna out for her “we’re still friends” bit.

We broke up because you always lied and wanted your ex back (We're not friends) https://t.co/75C9HYy17Y

Where is her GofundMe? I would like to donate for burn treatment.

If I wasn’t on #TeamAdrian before, one look at his profile won we over.

Sounds like make up sex is in the works and if not, it could always be worse, Adrian.

That isnt that bad look at my ex girlfriends tinder pic.twitter.com/avQA2MUhWb