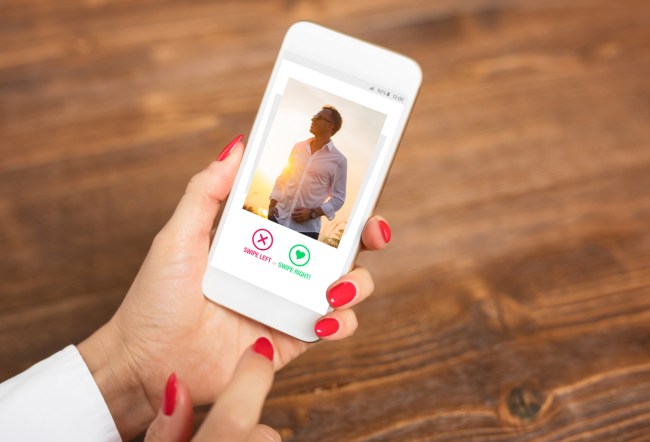 Ladies and gentlemen, what you are about to witness may be the most pathetic attempt at picking up a woman in the history of mankind. I honestly don’t know whether to laugh or call the police. Hopefully this poor girl has double-locked her doors because a man who possesses this degree of self-unawareness, persistence, and vitriol doesn’t abide by the common laws of human decency.

Julia posted her interaction with the man, who she claims found her off Tinder through her linked Instagram account after she rejected him. So right away, you know what kind of dude we’re dealing with. She posted the conversation to Twitter and it amassed over 180,000 likes. Check it out below:

i rejected a man today, who found me off tinder but we did not match. this is how the conversation ended after i said 6 times i was not interested. pic.twitter.com/AfQX2tWCK9

It starts with Julia telling the man to piss off: “didn’t I just tell you no multiple times and tell you to stop messaging me?”

The dude thought this response was an invitation to reveal, in no uncertain terms, just how creepy he is.

Here is the rest of the conversation transcribed. Buckle up.

I don’t take irrational things. It’s not the no, it’s the lack of rational that gets me

You have no reason to say no. YOU ARE ON A DATING SITE.

But instead of a real man, you’re going to choose some fuck boy child. Then wonder what’s wrong with guys. It’s bullshit.

Wouldn’t it be better to get to know someone real?

What is it you want in life? What do you want from Tinder?

You just want a new friend? A boyfriend? A FwB’s? Just someone to vent to? Someone to tell you you’re pretty? Do you even know.

And after seven totally batshit consecutive messages, Julia reminds him to fuck off.

There is no clearer a stance than those three words: leave me alone. But fuckface saw this as another invitation.

If we matched, would it be different???

Why be on a dating site?

Do you have answers to any of these questions? Lol I’m so curious.

Only three straight messages this time before Julia chimes in. Improvement, bro.

I don’t have to answer your questions.

I don’t care that you’re curious

Take no for an answer

my answer is not changing, you are forceful and creepy

HE’S. NOT. DONE. And he’s resorted to getting existential.

No you don’t. I’m just curious about human beings in general. Always going against their own best self interests

How am I creepy? Lol

Girls like you are why guys are such assholes. So if a guy has ever been mean hurtful or an asshole to you, just remember this conversation

YOU are the reason

So take some responsibility

And get off of dating sites

You have issues. Serious deep set issues. I feel sorry for you. And pity anyone in your life

Why be on a dating app at all? And why add your Insta to it? You’re so stupid, it’s sad

Fucked up thing is, if we met in person you would love me haha

It’s your loss. So hard. And you don’t even know

You just want to be miserable and alone, don’t you?

Why are you alive? What’s the point if you’re just going to spread misery and negativity?

To summarize: the dude went from ‘Why are you saying no to me?’ to ‘What’s do you want in life?’ to posing existential questions about human nature to ‘Why are you alive?’

A part of me pities this poor bastard. I wouldn’t even talk to a girl this way if we were stranded on a deserted island and she was my last shot at love. This dude is honing all his time and energy into a stranger who probably only mistakenly swiped right on him while she was pooping. Dude, there’s an endless supply of women and bots on Tinder. Don’t throw all your loose screws in one toolbox. This is Tinder 101. What an idiot.