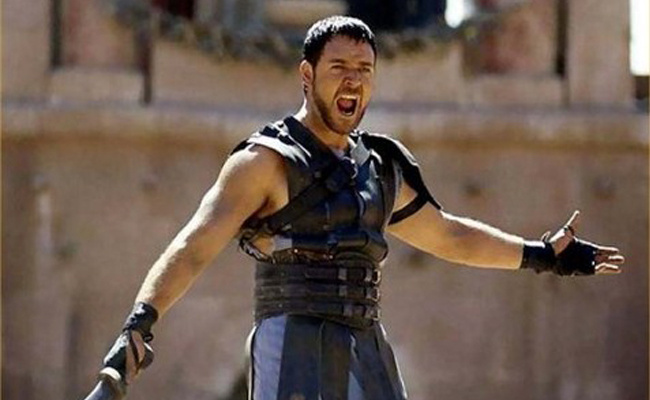 Gladiator 2 is actually happening! According to a report by Deadline, not only is a Gladiator sequel happening but Paramount Pictures is bringing back the original director Ridley Scott. I am ready to be entertained. Again.

One minor issue with a Gladiator is that you will not have Russell Crowe in the movie to say, “My name is Maximus Decimus Meridius, Commander of the Armies of the North, General of the Felix Legions, loyal servant to the true Emperor Marcus Aurelius, father to a murdered son, husband to a murdered wife – and I will have my vengeance, in this life or the next.” Spoiler alert: Maximus Decimus Meridius dies at the end of the original Gladiator. Death smiles at us all. All we can do is smile back. The new Gladiator movie will focus on Lucius, the nephew of Emperor Commodus, played by Joaquin Phoenix.

I sure the heck do.

There was actually a pitch to make a Gladiator sequel a few years back that would have Russell Crowe back as Decimus Meridius despite dying. The plot was to have Decimus Meridius come back from the dead. The Roman gods would resurrect Decimus so that he could be a… “Christ Killer.” The preposterously crazy plot by Nick Cave, an Australia screenwriter and musician, was revealed in 2013 on Marc Maron’s WTF Podcast.

“So, he goes down to purgatory and is sent down by the gods, who are dying in heaven because there’s this one god, there’s this Christ character, down on Earth who is gaining popularity and so the many gods are dying so they send Gladiator back to kill Christ and his followers.”

He continued: “I wanted to call it Christ Killer and in the end you find out that the main guy was his son so he has to kill his son and he was tricked by the gods. He becomes this eternal warrior and it ends with this 20 minute war scene which follows all the wars in history, right up to Vietnam and all that sort of stuff and it was wild. It was a stone-cold masterpiece. I enjoyed writing it very much because I knew on every level that it was never going to get made. Let’s call it a popcorn dropper.”

Let’s hope that the writers of the actual Gladiator 2 don’t go this route. Brothers, what we do in life… echoes in eternity, so don’t make this wacko version.

A wise man once told me, “Imagine where you will be, and it will be so.” So I’m imagining that I’m in a movie theater watching Gladiator II. Strength and honor.