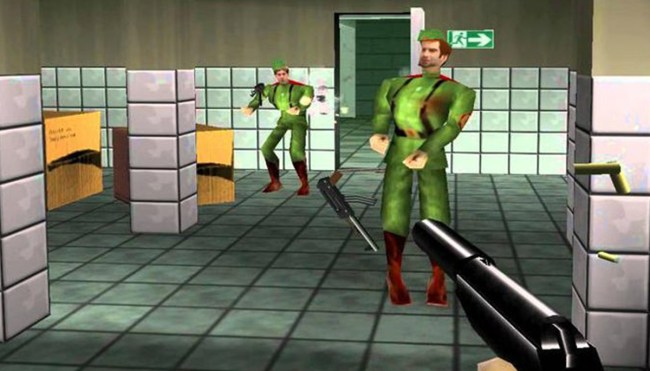 I feel like most people who grew up playing N64 can’t even come close to estimating how many hours of their life were dedicated to GoldenEye 007, the video game adaptation of the 1995 James Bond film that has a special place in the heart of virtually anyone who had a friendship tested by accusations of screen-peaking and debates of whether or not using Oddjob was cheating.

GoldenEye was fairly revolutionary at the time of its release, but as someone who revisited the title around a decade after the last time I played it, I can safely say it didn’t exactly stand the test of time thanks to clunky controls and graphics that have not exactly aged well.

As we learned last year, it received a pretty solid update in the form of a remastered version that was developed for Xbox 360 that ultimately failed to see the light of day due to copyright issues. However, based on what unfolded last week, it appears anyone who owns a modern version of the Microsoft console could be in for quite the treat.

On New Year’s Eve, True Achievements revealed it had discovered a list of 55 challenges that surfaced on the Microsoft Store. After the news broke, a Twitter user did some more digging, and based on the information we have so far, it looks like a port of the N64 game is slated to roll out for Xbox One at some point in the coming future (although it’s safe to assume anyone with a Series X or S will also have access).

here are some achievement pics for the Xbox GoldenEye 007 achievements pic.twitter.com/dHEXgIv4Zv

I, for one, cannot wait to waste even more hours of my life on this in search of the ultimate nostalgia fix.