Local Golfer Gets Featured On The News, Crumbles Under Pressure, And Hits An Absolutely Horrific Shot 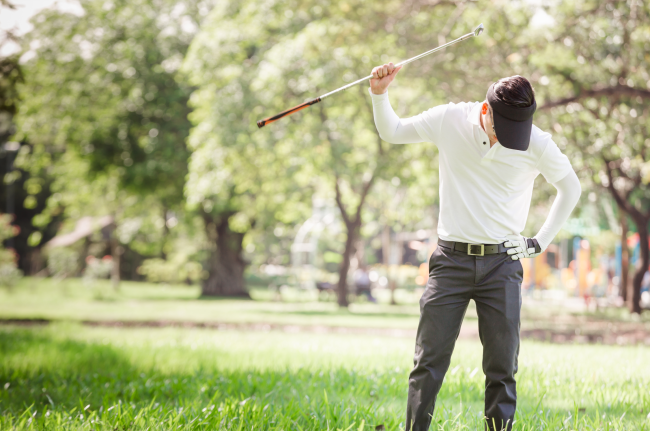 Every single one of us:

Back in the day, getting featured on the local news channel was a huge deal. Maybe they were doing a feature on your soccer team’s playoff run, and Chip McGufferty—the man your mom would most likely end up dating after divorcing your dad—dropped by a practice for a little feel-good segment to round out the half hour of nightly news. You know, a little palate cleanser to wash away the horrific murder and drug stories. You’d tell everyone you knew to tape it on their VCR, and then the family would gather around really close to the TV and… wait for it… THERE! THAT’S ME!!

What a moment. Your first TV appearance. Just you jogging around in the background, trying not to look at the camera but looking directly at the camera. Then Chip would juggle three times on his thighs and sign off with some cornball line. Then go bang your mom.

Gotta feel for this poor golfer. Instead of destroying the one videotape that had the record of this, it will live on forever thanks to the new age of social media. Here I am blogging it just to ensure its staying power. The shot is bad, sure, but it’s the commentary from the clueless news guy that makes it a 10/10:

No dude. It’s not alright. That looked like a bouncing top down the cart path, coming to rest 70 yards up in a wood chip island. Nothing about this is alright. Also, what bunker are you seeing? I’ve watched this clip 20 times and there doesn’t appear to be a bunker anywhere on this hole. Gotta love local news anchors. Guy has clearly never set foot on a golf course. Probably learned everything he knows about golf from watching Happy Gilmore ONCE on a JetBlue flight.

Golf is back baby. What a time to be alive.