Goodbye J Crew, Thanks For Keeping Us Basic 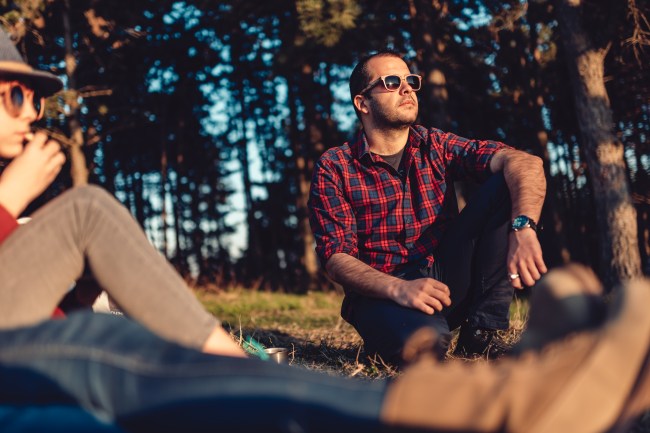 James Jerrofy Crew mercifully went home to the Lord this weekend. The retail behemoth was surrounded by loving first-year banking analysts and attendees of Far Hills’ The Hunt as it declared bankruptcy once and for all. We, the wearers, would like to thank the Crew for its decades of devotion to completely mediocre quality, as well as a pricing structure that made zero sense whatsoever. Was it expensive? Was it cheap? Neither; it was J. Crew, and we wore it. All of us. We all bought the exact same shirts, shorts, and khakis and tried to keep our distance if we spotted the same shirt on a similar dude at a pregame in Murray Hill.

Seriously, if you went to a party in lower Manhattan from the ages of 22-26, you absolutely wore a J. Crew flannel that some other dude at that party was wearing. Ready to cringe? My friends and I would actually send out a photo of something we were planning to buy to our group chat just to make sure not too many of us had already bought it. We were too young to venture from the warm nest that J. Crew built for us; too unformed and risk-averse to dip our toes into streetwear; too poor for Vince. We were little chicadees, and J Crew was our prominent attorney father that would sue any bouncer who booted us from bottomless brunch.

J Crew made life simple. It fit the same way, every time. I was just a slim fit XL bro, walking around in plaid, not caring that Fireball had windshield fluid in it or whatever. I bought my first tuxedo since high school at J Crew and threw it out after it took its fourth puking. Just balled that shit up, tossed it in a neighbor’s trash can, and walked home in a t-shirt and briefs. Those days, I slept on couches and came up with pet names for cocaine. That’s what J Crew wanted from me.

Eventually, you spread your wings and burst out of your shell/rip their shitty shirts by taking a deep breath. But I’ll always look back fondly upon the years I spent looking like every other basic white bro I knew.

Goodnight, sweet J Crew. For now. I don’t understand bankruptcy at all and something tells me some Russian oligarch is going to buy the brand and defibrillate it in a few months. But you still deserve a eulogy.