Governor Andrew Cuomo Got A Haircut. How? 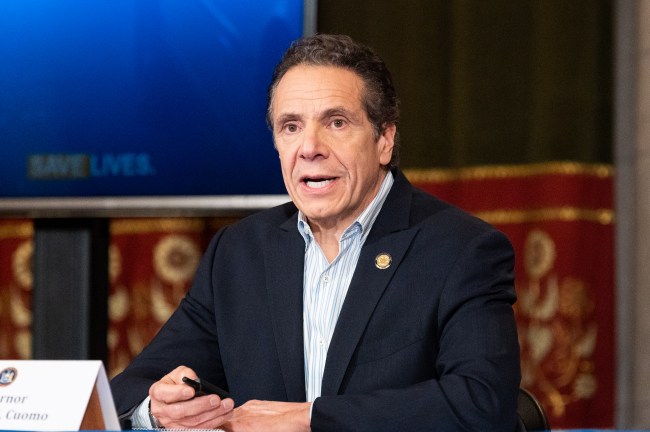 Cuomo got a haircut. pic.twitter.com/xy59TOYC1o

WATCH: Gov. Cuomo is live-streaming with his brother Chris Cuomo, who has coronavirus, during his daily press briefing https://t.co/YoIkS3AaoV pic.twitter.com/FaQ338oYlw

Big news on Cuomo watch today: the big man got a haircut. It’s a good one too. This isn’t a chop job from his daughter with squiggly scissors; that’s a tight fade, baby. Of course it would be the hypocrisy of all hypocrisies if somehow Governor Cuoms were sneaking out of the mansion to his local barber for a trim and a hot towel, given how much he’s been pleading with people to social distance. There’s no chance in hell that he did it himself. His arms are too jacked. Elbows would get stuck on his biceps, which means his hands can’t reach the sides of his head. No, this was an outside job.

Which leaves one option: Andrew Cuomo has a live-in barber who has been quarantined and is safe to cut his hair. That’s pretty baller, if it’s true (it’s not). Many famous celebrities travel with a haircut guy. I believe Kevin Hart has one. It’s right up there with having a personal tattoo artist fly around with you, just in case Lil Wayne finds an open inch on his face that needs to be drawn on.

I am genuinely worried about my first homemade haircut. I have a couple weeks left, as I was fortunate to get a haircut just days before the curtain officially fell. We’ll see what my girlfriend can do with my pube trimmer. If she butchers it, at least she’ll be the only one who has to see it. I punched out all the mirrors a week ago.

Last question: how long until the Cuomo brothers’ daily check-ins get old? For now, they’re fantastic, and everyone is swooning over these two. But it’ll grow stale for sure. I give it another three days.