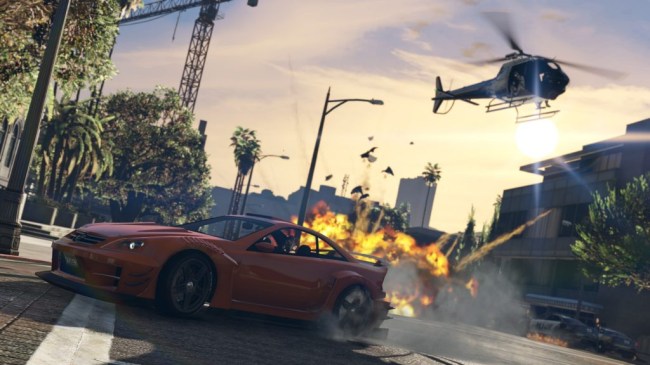 Last year, Rockstar treated the world to a sequel to Red Dead Redemption, and while it seemed like the game might have a hard time living up to the hype surrounding it, most people seemed to agree it exceeded all expectations.

Of course, the critical acclaim (and commercial success) shouldn’t have really come as much of a surprise given the phenomenal track record of Rockstar, the production company that has been pushing the envelope for over two decades while creating some of the best video games ever made in the process.

It’s impossible to talk about Rockstar without mentioning the Grand Theft Auto franchise, which has been going strong since the turn of the millennium. I wasted a solid chunk of my teenage years wreaking havoc in the streets of Vice City and San Andreas without consequence and more of my adulthood than I care to admit doing the same in the immersive open worlds that they’ve created.

It’s hard to believe it’s been six years since Grand Theft Auto 5 was released, and despite its age, the game is still going strong thanks in no small part to the online component that’s earned Rockstar an ungodly amount of cash.

GTA 5 is the most profitable game of all time, and as a result, the studio would probably do just fine for itself if it never made another video game again. However, Rockstar likes money as much as people like its titles, so we don’t have to worry about it resting on its laurels.

People have been speculating about the next installment of the Grand Theft Auto franchise practically since the day the last one dropped and the rumor mill has upped production over the past few years as fans get increasingly thirsty for GTA 6 and it now looks like we have our first major piece of evidence that a new game is in the works.

On Thursday, an astute member of the GTA Forums started a thread after stumbling upon the résumé of a former employee at Rockstar India who listed Grand Theft Auto 6 among his body of work. 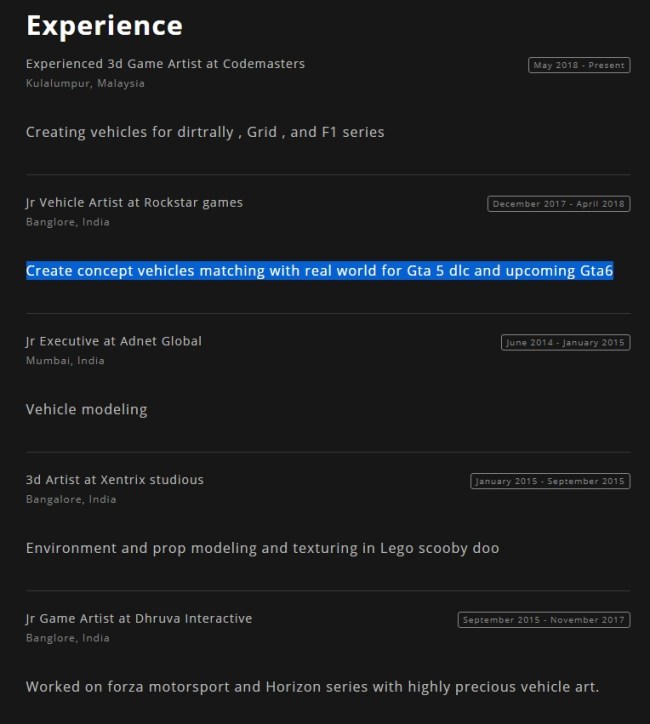 The poster notes the employee in question was officially credited for his work on Red Dead Redemption 2, so it appears to be pretty legitimate unless someone is trying very hard to throw people off the trail.

The employee says he worked on the game starting in 2017, which would mean GTA 6 has been in development for a while. However, we still have no idea what the timeline is or where it will be set (London, Tokyo, and Vice City have all been floated as possible locales).

If it could just hurry up and get here that’d be great.