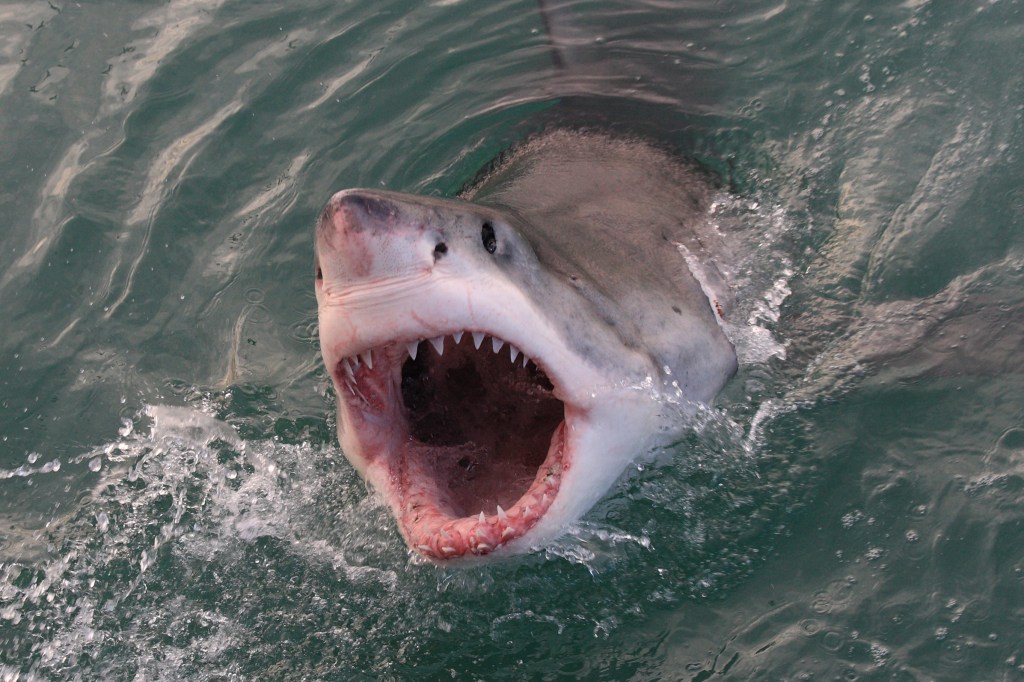 A family out for a boat ride off Perth, Australia was treated to a real-life Jaws moment when a great white shark terrorized them. Things went from tense to terrifying for the family after the massive shark started circling their vessel and then lunged at the boat’s engine and tried to take a boat.

At the end of the day, the great white shark never really posed a threat to the family. Let’s be clear about that. Unless the shark dove down deep and then swam up fast and erupted from the water and landed on the boat there was no actual danger to anyone inside the boat.

However, if you’ve ever been on a boat and a massive shark has gotten close to the vessel there’s a primal fear that takes over. We as human beings are not accustomed to being so close to a great white shark or any shark for that matter. And seeing it try to take a bite of the boat’s engine would startle even the saltiest of seamen so let’s not judge this family for freaking out.

According to that 9 News Australia report, this great white shark encounter took place off of Mandurah which is just south of Perth, Australia. That’s in the southwestern tip of Australia for anyone who isn’t up to date on their Aussie geography. Manudrah is a coastal city famous for wildlife and seabirds and apparently massive white sharks who are a bit too curious.

This close encounter with the huge shark occurred on Good Friday when the family was out for a fishing trip on their 23-foot boat (7.2 meters). They estimated the shark was somewhere between 10 and 13 feet long and when it first appeared it apparently tried to steal one of the fish hooked the family had on a line.

Mr Tuckfield (the dad) told the local news he fishes in that area all the time and had never seen a great white shark up close like that. He called it a “big majestic creature” and added that “we don’t appreciate them until you see them up close and it is their playground.”

I feel like I’ve been writing about Great White Sharks more than usual lately. Just recently in Florida, a teenage diver filmed himself diving down and grabbing the fin of a huge white shark that stopped by Palm Beach. A once in a lifetime experience that could’ve gone VERY differently:

And a second great white shark encounter also went viral recently. This video is 100% a nightmare scenario for anyone who is scared of sharks.

In this clip, the diver is inside of a protective cage and the great white shark is engaging in all-out feeding frenzy. It was presumably lured in by a diving company throwing chum into the water so divers could see these sharks up close. What the diver certainly didn’t expect though is the great white to ram the cage incredibly hard and come within a few inches of the diver.

For more articles about Great White Sharks, you can follow that link and check out the BroBible archives!