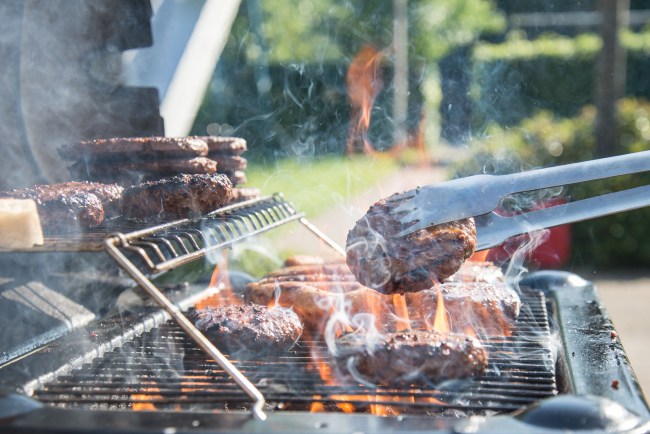 On this week’s episode of The Brilliantly Dumb Show, we took on a pretty hot topic around this time of the year, grill duty. Being the guy to step up to the plate and take on the task of manning the grill always seems like the right play at the time. It’s your time to show who’s the alpha male at the party that knows his way around a propane tank. What girl doesn’t like a guy that knows how to light a fire and throw some meat on a grill? But 15 minutes in you may find yourself coming to the harsh reality that it really isn’t as good as it seems.

Fifteen minutes of fame doesn’t just start and stop on TV or in Hollywood, it takes place on the grill too. Those first 15 minutes when everything is getting seasoned and the grill is heating up, you are the man. There’s nothing that can stop you, everybody wants to hang around the grill and watch you put on a show. But once that 15 minutes is over, so are you.

You are now in charge of everyone’s food that you know damn well will be critiqued. The conversation has moved over to the pool and patio as people are no longer interested in watching you put ribs over a fire as they were just a short time ago. Incoming guests feel the need to drop off whatever random food they brought that you are now in charge of. And worst of all, you have no control of what conversation you will be involved in, its just the luck of the draw at that point and you will be forced to talk to whoever just so happens to step into your grill station circumference at that point.

Warning: Watch this before you decide to take on the task of manning the grill at your next get together. Seems great but after those 15 minutes are done, your done as well. You’re on an absolute island with no end in sight til that Bronzino is done cooking

I know it seems like the right play at the time, but just know what you are getting yourself into before you make this type of play at your next party. And in the meantime, be sure to subscribe to The Brilliantly Dumb Show on YouTube, Apple Podcasts, and Spotify.