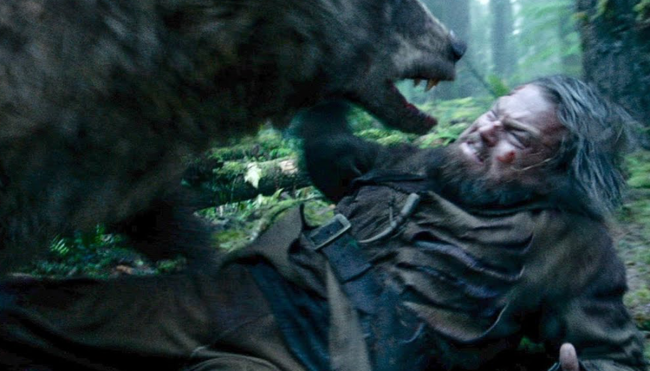 There is no shortage of horror movies that revolve around animals who appear to take a great amount of joy in terrorizing the victims they seemingly stalk for sport. Thankfully, most people won’t ever have to worry about being relentlessly pursued by a shark, alligator, or anaconda with a particular craving for human flesh.

However, the same cannot be said for bears, as there is also no shortage of stories concerning people who had a good walk spoiled after attracting the attention of a particularly ferocious beast.

Earlier this year, an Alaskan man shared the tale of his harrowing encounter with a grizzly bear that almost crushed his skull with its jaws. Based on a story that was recently published in The New York Times, anyone who’s thinking about taking a trip into the wilderness in the state might want to make sure they’re prepared for a similar showdown.

According to the outlet, the crew aboard a Coast Guard helicopter that was patrolling the skies around 40 miles outside of Nome was caught a bit off guard last Friday when they spotted a man waving his arms after emerging from a shack. Their suspicions that something was amiss were confirmed when they noticed “SOS” and “help me” were scrawled on the roof of the dwelling, and they swooped in to rescue an unidentified man who shared he’d spent the previous weak attempting to ward off a grizzly bear that had attacked him after he decided to take a trip to a remote mining camp.

The man said he hadn’t slept for days prior to being rescued, as he was a bit preoccupied with using the pistol he’d brought along to deter the bear that had dragged him to a nearby river and was making nightly visits to the shack where he was holed up. It’s safe to say the Coast Guard arrived just in time, as he only had two rounds of ammunition remaining when he was picked up before being transported to the hospital where he was treated for a leg injury.