Groomsman Falls Flat On His Face In The Middle Of Wedding Ceremony, Takes Trip To Emergency Room 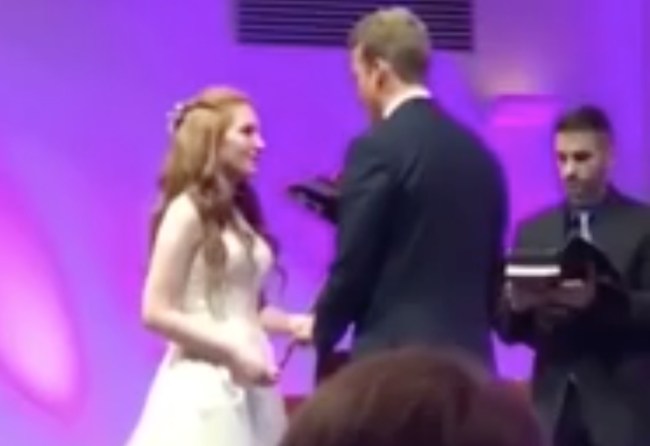 The wedding rehearsal is the most useless part of the entire wedding process. It literally is just a test for the wedding party to see if they can walk up an aisle and stand in a line without shitting themselves of whipping their hogs out. The only function the rehearsal serves is it is a primo time to scope out the bridesmaids and possibly put in a little groundwork if you’re feeling intrepid. Besides that, the rehearsal can take its place next to the mother-groom dance in the dumpster. No offense to the mother-groom dance, but they are about as exciting as a bridesmaid speech about how much Nina loves brunch.

Well, now I feel like a douche canoe because the wedding rehearsal can serve a purpose. And that is that it can teach groomsmen to not do things like rue the entire ceremony by falling on your face faster than the pastor can say ‘drop your pants alter boy.’ Redditor nearlearl was serving as a groomsman at a wedding when a lack of sleep caught up with him. Please turn up the volume on your computers so you can hear the gasps from the crowd.

The victim was brace enough to share his story.

“Pastor said he was going to give a ‘quick’ 20-minute sermon that became 40+ minutes,” he wrote. “I had a terrible breakfast and next to no sleep, I locked my knees and shortly after woke up on the floor.”

“I broke my nose, dislodged my front teeth, and messed up my jaw pretty bad,” he commented on the post. 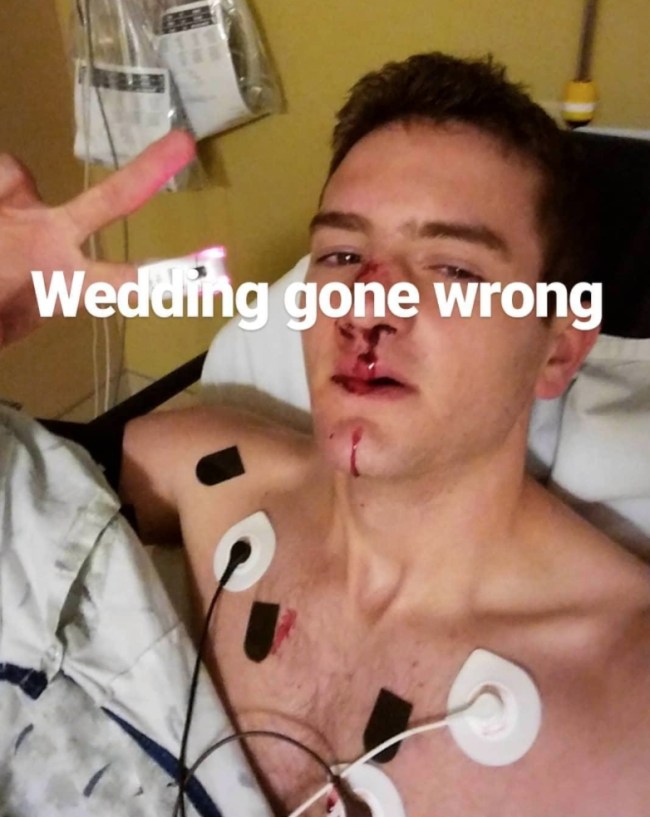 Say goodbye to your buddy, bruh. His wife is making him cut ties with you immediately for ruining her big day.