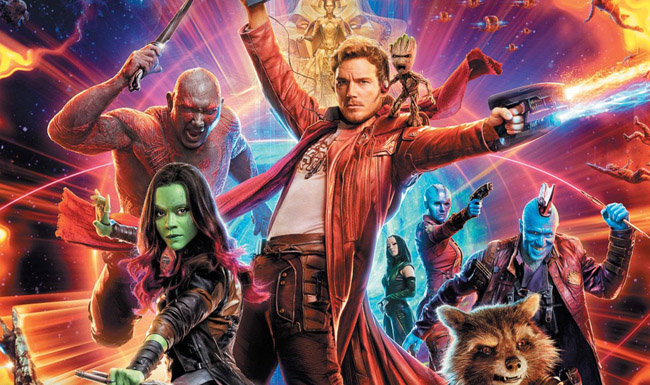 Guardians of the Galaxy director James Gunn loves hopping on Twitter and getting fans all riled up. He’s no stranger to dropping big news about the Guardians film franchise on Twitter when fans ask him questions. He seems to go viral every six months when he reveals the news that new Groot is actually old Groot’s son, and not Groot reincarnated.

Guardians Incredibly Frequently Asked Questions –
-Kraglin's fin at the end of Vol 2 is a different fin than Yondu's.
-Yes, I pick all the songs for the movies.
-The Guardians can travel light years in space, OF COURSE they can figure out how to power a Walkman/Zune w/o batteries

With his first tweet, it seems like he just wants to get this out there so rabid fans stop asking him about minor details. With advanced technology that allows them to jump across the galaxy there’s no reason to think they’re not capable of fixing trinkets from 1980s earth.

-And also how to repair a broken cassette tape or player. 😐
-The Guardians each have a translator implanted so that they can both understand AND be understood by others.
-Young Groot does not have the memories of the Groot from the first movie.

This language thing is interesting. It seems as if he’s ripping it straight from the ‘Babelfish’ in The Ultimate Hitchhiker’s Guide to the Galaxy but stopping short of it being an actual Babelfish and instead leaning on some sort of technology.

-The big Easter Egg has not been found (not in either Vol. 1 or Vol. 2)
-No, I am not making up the Easter Egg.
-There are actually a ton of unfound Easter Eggs in Vol. 2.
-Kraglin is off doing something important during Infinity War. He will return.

HOW has nobody found this ‘big’ Easter Egg yet? He’s mentioned this on numerous occasions, that his biggest Easter Egg is still out there. Someone needs to start watching this film frame-by-frame until it is found.

-Adam Warlock will NOT be in Avengers 4 (and I've never said he will be in Vol. 3).
-GotG Vol. 3 will be set AFTER Avengers 4.
-No, I will not give any hints on the Easter Eggs.
-Yes, all of the Guardians now understand Groot, as in IW.

Interesting choice of words here. ‘Adam Warlock will NOT be in Avengers 4 (and I’ve never said he will be in Vol. 3)’….But, he could very well be in Vol. 3 or in the post-credits of one of the upcoming Marvel films.

There’s a lot to unpack here and I’m not entirely sure that I’m the right person for the job since I’m not an expert in the comics.