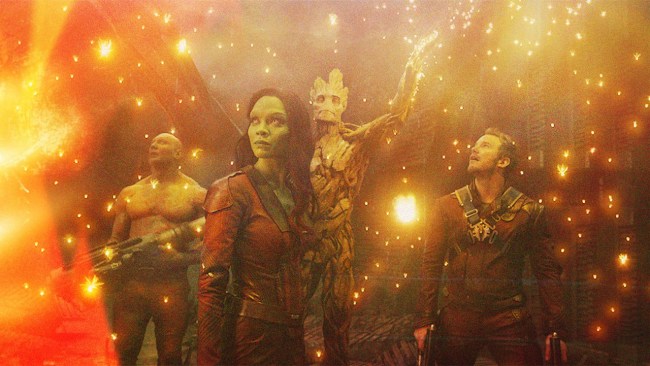 Unless you’ve been living on Mars for the last month (which, if so, holler at your boy because that sounds pretty dope) then you’ve likely heard some of the frustratingly endless discourse surrounding Martin Scorsese’s comments about comic book movies.

In the midst of promoting The Irishman, the legendary director wrote in a New York Times op-ed that he didn’t consider Marvel films to be “cinema” and set off a chain of events that would lead to Francis Ford Coppola calling comic book movies “despicable” and the fans of said films having a month-long meltdown on the internet.

“I don’t think they’re cinema,” Scorsese wrote “I was asked a question about Marvel movies. I answered it. I said that I’ve tried to watch a few of them and that they’re not for me, that they seem to me to be closer to theme parks than they are to movies as I’ve known and loved them throughout my life.”

While obviously extremely “old man yells at cloud” in nature, Scorsese’s comments do beg the question of what exactly he qualifies as “cinema.” Granted, while MCU films such as Thor: The Dark World may not be as historically and culturally impactful as Taxi Driver, that doesn’t mean the entire lot of them can be cornered into a category of unimportance, particularly when it comes to Guardians of the Galaxy.

What I consider to be the Star Wars of the new century, Guardians of the Galaxy not only continued to expand on what Marvel Studios was already doing well but it incorporated a dimension that was largely nonexistent in prior MCU movies as the film is packed with emotion.

From cinematography to soundtracking, from to story arc to emotional beats, Guardians of the Galaxy is a complete film in every sense of the word, and when taken in the context of the last two decades of science-fiction filmmaking, it arguably stands out above the rest.

A different breed than the likes of Iron Man 2 and The Incredible Hulk, Guardians of the Galaxy stands amongst the greatest sci-fi films of the 21st century for the simple fact that it stuns in more way than one.

Who didn’t awe at the size and scope of Knowhere or bop their head to the soundtrack? Who hasn’t howled at Rocket’s odd fetish for stealing prosthetic body parts? Who among us didn’t fight back tears when Peter Quill remembered his lost mother or when Groot said “we are” instead of “I am”? Guardians of the Galaxy is very much built like a traditional sci-fi action movie — let’s call it a sports car — on the outside, but on the inside, the comedic and soul-stirring sensibilities of its engine far surpass that of its peers.

So what does Martin Scorsese consider to be cinema? Because if the greatest sci-fi film of the last two decades doesn’t qualify, I’m not sure what does.

Rewatching ‘Guardians of the Galaxy’ on cable. Perhaps one of the best sci-fi movies of the 21st century.

Scorsese is a hero of mine, but I would love for him to watch this scene and tell me it’s not “cinema.” pic.twitter.com/MKE52zQ4AX

Don’t believe me? Guardians of the Galaxy is one of the sixteen Marvel Cinematic Universe movies now available on Disney+, so go sign-up (if you haven’t already, which is insane), settle in, and enjoy rewatching one of the best sci-fi movies of your lifetime.

There’s also a Disney Plus free trial for the first seven days – it’s $6.99 a month afterward. Also: You can sign up for the Disney Plus bundle, offering Hulu, ESPN+, and Disney+ streaming services for just $12.99/month