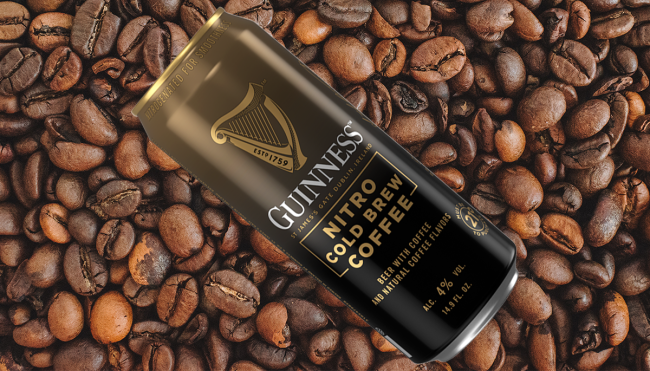 In my experience, telling someone you’re a Beer Nerd is just like admitting you’re a fan of Rick & Morty or revealing you enjoy the musical stylings of Dave Matthews Band; if you’re brave enough to make that admission, you cannot waste a single nanosecond rolling out a much-needed disclaimer to distance yourself from the stereotypes that define those fandoms.

That includes the insufferable fascination so many beer lovers have when it comes to needing to insist they’re objectively correct when talking about fairly subjective matters, which all too frequently leads to them showing off their Untappd profile like it’s a Pokédex. While I do what I can to cancel out that negative energy by sticking to a “Let people drink what they want to drink however they want to drink it” philosophy, there is one notable exception: the right way to drink a Guinness.

Guinness purists are arguably the prototypical Beer Nerds, as they tend to view the serving of one of Ireland’s most beloved exports as a religious ritual involving multiple steps and an unjustifiably specific waiting period of exactly 199.5 seconds. It’s easy to dismiss the process as largely pointless theater, but over the years, I’ve realized why that ceremony is so essential to elevating it from a beer to an experience.

The process of pouring a Guinness is the beer world’s equivalent of an Animorphs cover. I always find myself slightly hypnotized while watching the cascading foam evolve into the perfect pint before taking a sip capable of evoking fond memories of the cozy Irish pubs and dingy New England bars that embody the spirit of the beer.

You probably don’t associate Guinness with the same kind of places you’re transported to when you throw back a Mexican lager with a slice of lime tucked inside, but in a very surprising twist, the brewery has almost managed to do that with the release of its newest offering: a Nitro Cold Brew Coffee Stout.

I recently got my hands on a couple of cans of the creation and hopped on Zoom with Guinness ambassador Eoghain Clavin, who was kind enough to shed some light on what may unexpectedly be a candidate for the Beer of the Summer. 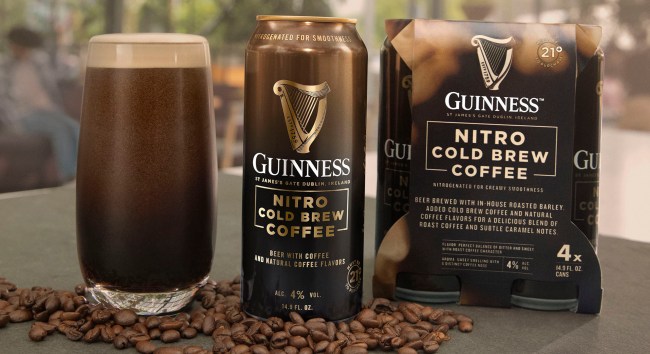 In hindsight, it’s sort of shocking it took Guinness as long as it did to whip up this creation when you consider the combination of its signature dark malt and coffee seemed like an incredibly natural marriage. This is especially true when you realize Clavin notes the brewery roasts its barley at exactly 232°C, which is the same temperature used to give coffee beans the Vienna Roast treatment.

While more and more breweries—and more and more purveyors of coffee—have hopped aboard the nitro bandwagon in recent years, Clavin was also very proud to point out Guinness was the first company to ever use nitrogen to carbonate its beverages after a mathematician named Michael Ash engineered the technology that was debuted in 1959.

If you’ve already had Guinness from a can, then you’re probably familiar with the truly delightful widget responsible for kicking the process into action that makes an appearance here. Once it starts working its magic, Clavin suggests giving the can a few swirls during the five to ten seconds you should wait before transferring its contents into a glass at the requisite 45° angle and giving the beer a minute or so to do its thing.

The coffee stout was developed at the “Innovation Brewery” Guinness opened in Maryland three years ago with the help of the feedback of customers who samples various iterations in that taproom and tended to give some very blunt feedback concerning the experimental brews after consuming a few of them. Those comments led to the brewmasters who refined it ultimately taking the trip back to Dublin to finalize the recipe at St. Jame’s Gate, which is where the beer is brewed before making its way back to America.

The result is a stout featuring everything there is to love about Guinness with an absolutely fantastic upgrade courtesy of the proprietary cold brew extract and coffee flavors that do a fantastic job elevating the classic maltiness and the darker notes that accompany it. You also can’t overlook the role the nitrogen plays, as it gives it a velvety smoothness that gives the sheets on a heart-shaped bed at a mansion party a run for their money.

It seems like a lot of people seem to operate under the assumption Guinness is a fairly heavy beer by virtue of the fact that it’s a stout, which is one of the biggest misconceptions out there. It would certainly be a stretch to call any beer “healthy,” but with that said, if you’re looking for a sessionable brew on a hot day that won’t seriously compromise your sick summer bod, you’ve found on in the form of this.

Clavin described it as the ideal Brunch Beer thanks to a 4% ABV and the 114 calories you’ll find in each can, meaning it’s pretty easy to both drink responsibly and tell yourself you’re making responsible decisions as we hopefully begin to slowly transition out of a year largely defined by sloth and gluttony.

The same cannot be said for dropping a shot glass filled with Bailey’s and Irish whiskey in a pint and chugging it as fast as possible, but I can confirm that’s pretty damn delicious as well if you’re so inclined.