REVIEW: ‘Gunpowder Milkshake’ Rocks, May Be The Perfect Netflix Movie 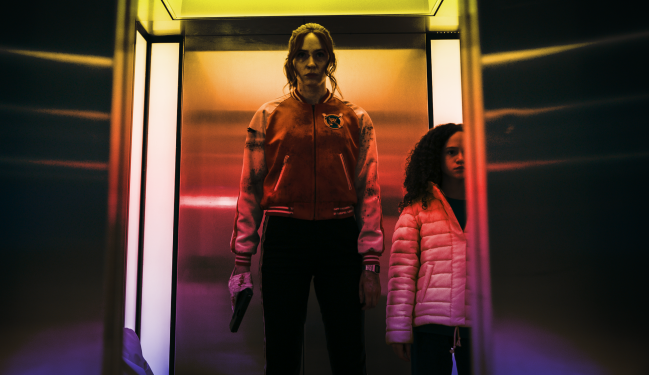 Gunpowder Milkshake may be the perfect Netflix movie. To be clear, that’s a very different distinction than being a perfect movie.

When I think of a perfect Netflix movie, a couple of key attributes come to mind, the first and foremost being entertainment value. You see, when you’re tossing on a Netflix movie, it’s usually a spur-of-the-moment thing. While that notion has increasingly changed as the now-behemoth studio continues to ramp up its blockbuster and A-list-led productions, it will always remain a core component of the Netflix experience. Hell, there are memes about how most of your time on Netflix is spent scrolling and not actually watching. What Netflix provides is not only the ability to watch a movie, but the ability to watch it, and enjoy it, now. The same cannot be said for something like Matt Damon’s new movie Stillwater, which not only requires you to make a plan to go see it in theaters but will likely have you leaving said theater in an emotional state that’s far from “entertained”. Nothing against Stillwater, not all movies are meant to thrill, but when you’re spontaneously tossing on a movie, particularly an action movie, on a random Friday or Sunday or Wednesday night from the comfort of your couch — pure entertainment is likely the highest priority.

And that is the highest compliment I can pay Gundpowder Milkshake, which hits Netflix on July 14: it’s entertaining as hell. Entertaining in a “leap out of your seat and yelp” way. In “I’m totally satisfied that I just spent two hours on the couch watching this” way. In an “I can’t wait to watch this again” way. In a fun way.

Every frame in every scene, as pulpy and uber-stylish as they may be — an element which may turn some viewers off given the sheer and unrelenting intensity of its aesthetic  — is highly watchable as the stunning neon-soaked cinematography of Gunpowder Milkshake paired with its raucous soundtrack and bone-crunching fight scenes make for a film that amounts to the goofy slapstick cousin of John Wick: similar vibe but takes itself nowhere near as seriously. And while Gunpowder Milkshake is a complete package in and of itself, it also teases what could become a greater franchise without feeling too intrusive: the assassin-based world-building elements that we’ve come to know and love from the John Wick universe are prevalent throughout and the plot set-up for a potential sequel feels natural.

#GunpowderMilkshake is fucking rad. Like John Wick’s goofy slapstick cousin — similar vibe but takes itself nowhere near as seriously.

Between this, Jumanji, and Guardians, Karen Gillan has solidified herself as a legitimate action star. pic.twitter.com/rQtDxoZd4s

Then, of course, there’s the cast, which features the likes of Karen Gillan, Lena Headey, Carla Gugino, Michelle Yeoh, Angela Bassett, and Paul Giamatti, and is arguably the film’s strongest element. The supporting cast, given the talent involved, was always going to be excellent. As for its star Gillan, though: with Jumanji and Guardians of the Galaxy already under her belt, and following her sturdy and convincing performance as the badass center of this film, Gillan has established herself as a legitimate action star that could, if she chooses it, have a career similar to that of Charlize Theron.

While Hollywood remains a business and filmmaking an art form, there will always be a place for “just a good ole time at the movies”, and Gunpowder Milkshake is perhaps the perfect distillation of that idea.