Guy Fired From His Job Pulls A Costanza, Keeps Showing Up To Get Paid For Four More Years 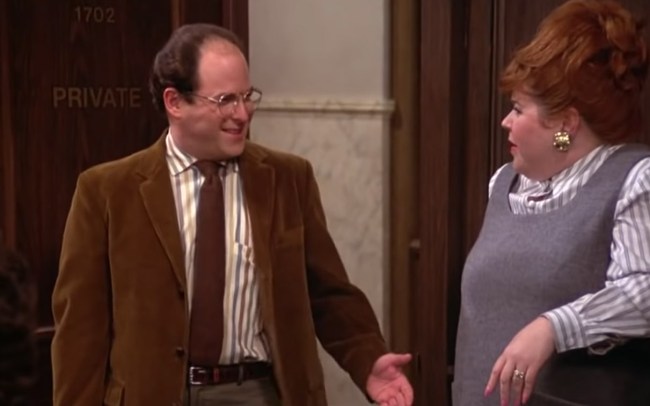 Have you ever wondered what would happen if after quitting or getting fired from a job you did like George Costanza did tried to do on Seinfeld and just kept showing up, acting like nothing happened?

As you may recall, it didn’t exactly work out for George when he tried it at Rick Barr Properties.

HOWEVER… for one man, Bronx subway cleaner Ronald Berry, it did work… for four freaking years. Until he got arrested last week. Womp womp.

Ronald Berry, 47, claims he’s been on sick leave since 2015 for high blood pressure and asthma, and has traveled to a city Transit office on Westchester Avenue and Bruckner Boulevard every two weeks to sign in and pick up his dough without a problem.

He collected roughly $250,000 before someone at the MTA realized there was a problem and sounded the alarm, sources told The Post.

Thursday, when Berry went to collect yet another paycheck, he was arrested for criminal trespassing after “being observed inside an employee-only NYC transit facility.”

“I never got a call that I was terminated,” Berry told The Post on Saturday. “I’ve been collecting checks for four f**king years.”

His argument for collecting all of those paychecks is actually pretty solid.

“If I’m terminated, how am I still collecting checks?” he asked his boss after being arrested.

His boss told him, according to Berry, “That’s not my problem, that’s payroll’s problem.”

A confused Berry claims the agency certainly knows where to find him — they’ve been sending him letters telling him to go to training, including one just last month.

“If I’m terminated why am I getting letters from them?” he said. “The last one I got was at the end of last month and I believe it was for asbestos training or track training.”

Berry fumed: “Now if they would’ve sent me a termination letter, f**k going to pick a check up…I’m terminated already, let me file for unemployment.”

No one seems to know how Berry ended up still being on the payroll when he was supposed to have been fired in 2013.