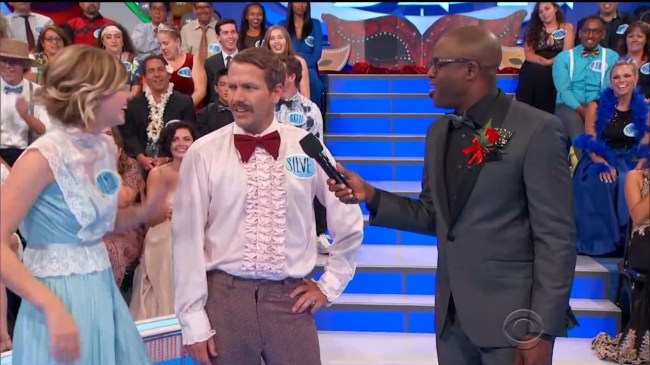 Do you want to see a man’s soul being ripped out of his body on national television? Of course you do because we’re all human garbage and we secretly love seeing other people miserable. This is one of those crazy moments that the cringe is so extreme that you actually cringe in embarrassment for a stanger who you’ve never met, but no creature should be subjected to this level of brutal embarrassment.

Jessie and Steve appeared on the prom special for the Let’s Make A Deal TV game show. The show’s host Wayne Brady asked how long Jessie and Steve had been together and Steve confidently answered, “About six months.” Not according to Jessie. She corrected Steve and announced to the entire world, “We’re friends.”

The worst things that can happen to you:
3. going to prison
2. straight up dying
1. thispic.twitter.com/8TEBLZReQ8

The painful friend-zoning got even more agonizing. “We’re just friends, but he wants to ––”

After she started laughing like she just heard the funniest joke of her entire life, I thought the worst had passed. Alas, for poor Steve it would only get more excruciating. The woman rushed to the mic to proclaim, “I’M SINGLE! I’M SINGLE GUYS. I’M SINGLE!” BAH GAWD, WILL SOMEBODY STOP THE DAMN TV SHOW!!!

Thoughts and prayers to this man who had his soul vaporized on national TV. This gentleman is going to need an IV of moonshine to forget this moment. Steve should have said, “Let’s make a deal, don’t expunge all of my manhood on TV.” Hope this young woman has the Uber app. Can we set up a GoFundMe or something for Steve?

Cue the corresponding Simpsons clip that fits this moment because there’s always one.