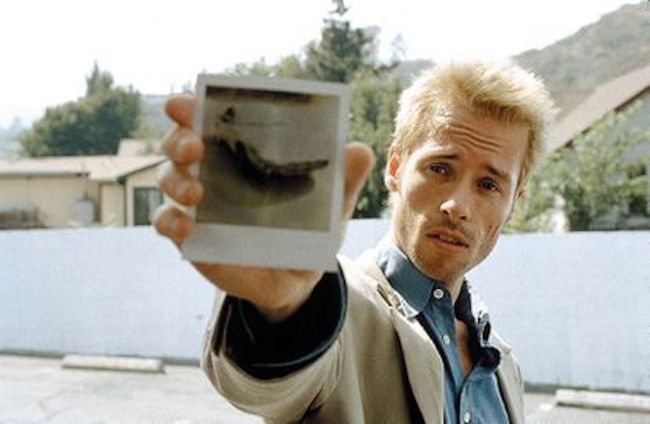 When you Google terms like “mind-blowing movies” or “mindfuck movies” or “movies with the best twists”, any list or writer worth their salt certainly makes sure to include Christopher Nolan’s Memento.

In the 20-plus years since the film’s release, Memento has bonafide achieved cult-classic status, as its profound narrative structure was a landmark in mainstream movie-making then and remains wildly unique to this day. Obviously, the status of the film’s director has helped, as Nolan has arguably become one of the world’s top five most important filmmakers.

But while Memento’s status as a 21st-century classic is well-established now, could anyone involved with the film — particularly its star Guy Pearce — have predicted how successful it was going to be all the way back then?

Last week, during our exclusive interview with Mr. Pearce, we asked the now 53-year-old Emmy winner how he knew he wanted to star in Memento, and how he convinced Christopher Nolan that he was the right man for the job:

“I got the script, I read the script, I loved it because it was very intimate. I really got a sense of the character and what he was going through, and it was beautiful the way that it was presented on the page, and the way we see it in the film,” Pearce began.

“And I said to Chris Nolan — I got to have a meeting with him — and I said to him, ‘Look, this is really embarrassing, cause this is not the sort of thing that I’d normally say to anybody, and I get the sense that this is not the sort of stuff you wanna hear, but if it means anything at all, I’m just telling you that I *really* want to do this film.”

“I keep hearing these stupid stories about actors kind of sleeping out on director’s porches and going ‘Oh my god, I’m just the guy for you and I’m so committed! Oh my god!’. And directors going ‘Ahhh, I knew he was the guy for me, he slept on my porch, oh my god, it was amazing, he’s so committed!” I mean, come on, you go to the meeting because you want to do the film, end of story.”

You can check out our full interview with Guy Pearce — where we get into working with Russell Crowe on L.A. Confidential, why Ridley Scott’s Prometheus is an underrated masterpiece, making Marvel Cinematic Universe with Robert Downey Jr, and more — over on the Post-Credit Podcast. The full episode is embedded below! You can also catch Guy in his new film The Seventh Day, which is currently available in theaters and on-demand.

RELATED: Guy Pearce Details Getting Beaten Up By Russell Crowe In His First American Movie