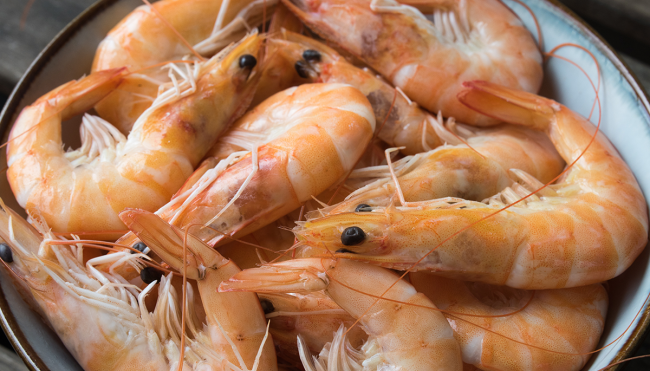 I’ve never gone fishing for wild shrimp but I’ve used them thousands of times as bait when fishing and while cooking in the kitchen. The number of shrimp I’ve eaten in my lifetime is silly. I’m probably 1/4 shrimp by now.

Now I’ll never look at shrimp the same after watching this video below. This dude in the Pacific Northwest found a shrimp on the beach that looked off. It turns out the shrimp was being eaten alive from the inside by not one, not two, not three, but FOUR parasites.

Imagine the Relief she felt after Removing ALL of These Parasites! 🦐 #shrimp #satisfying #oddlysatisfying #nature #animals #fypシ

Shrimp cocktail will never look the same. I’m shook. I’m fact I’m so shook you could say I’m shooketh. This should not happen in nature and even when it does it should never be witnessed by a human being.

Also, make sure you’re following @brobible on TikTok as well! We’re pumping out a steady stream of daily videos you might not see here on the website. Here’s a recent on about Kobe Bryant’s relationship with Giannis that was posted last night:

♬ Hall of Fame – The Script

In other news, I guess I’m a crab and lobster guy now because I won’t forget that clip for a long time.