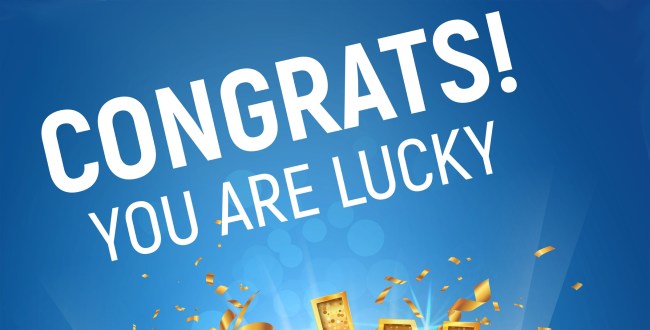 A man from Salisbury, Maryland recently won $2 million playing a lottery scratch-off game called $2,000,000 Richer. Pretty lucky, right? Most people would have immediately run to their nearest lottery office to cash it in, right?

Instead, this 65-year-old retired utility worker put the winning lottery ticket in a safe at home and waited until just days before the final date he could claim his prize.

He says he did it because of the COVID-19 pandemic. Oh, and the fact that he had ALREADY WON $2 MILLION PLAYING THE SAME LOTTERY GAME ONCE BEFORE.

Related: $16 Million Winning Lottery Ticket Sat In Guy’s Wallet For 2 Months And He Had No Idea

“I was just a bit nervous,” the winner told Maryland Lottery officials. “I worried that I could have a fire (at home) that would burn it up, that the ticket’s expiration date might come up and even had just a bit of doubt that it was really real.”

Proving that he really does have ALL the luck, the man says he bought two $2,000,000 Richer scratch-off tickets that day and the other won ended up being a $100 winner.

After his FIRST $2 million win, he told lottery officials that he was going to use the money to go on a family vacation and finance his retirement.

Now he says he will use this SECOND $2 million win to finance home improvements and take another family vacation.

His advice to others looking to hit it big playing the lottery?

“Be realistic and make sure that when you play that you aren’t just playing for the big jackpot,” he told lottery officials. “Play for enjoyment and as long as you enjoy what you are doing, win or lose, you’ve already won.”

Easy for him to say.