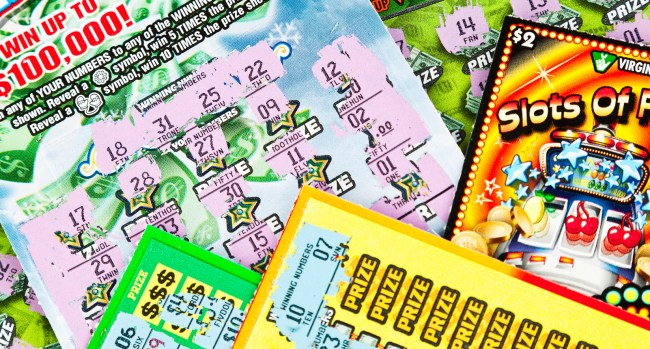 Some days you see things that make you go, “Man, I wish I had thought of that.” Like the first time we heard about someone paying a fine with thousands of pennies. Or when some bros went to an IKEA to improve their Tinder profiles. You know, stuff that is so simple, yet so perfect.

Today is another one of those days.

Because a man, Tyler Heep of Urbandale, Iowa, who won one dollar on a scratch-off lottery ticket made officials give it to him with one of those giant checks you see in all of those big winner photos.

“I just went by the state lottery office with a winning scratch off ticket. I told them I’d like one of those big ceremonial checks as payment. I figured it would be worth a shot and they all thought it was really funny. I’m surprised nobody else has done this before,” Heep wrote on Facebook.

Honestly, I am surprised too.

“They decided to treat me like a million dollar winner,” Heep told WHO TV, “The guy came down the stairs and they took me into the back room where the camera was with the Iowa Lottery logo. Sure enough they wrote me the one dollar check and had me hold it up and took the picture.”

Heep said he’s going to get his giant check framed so he can proudly display it, and plans to use his big windfall to purchase a half-gallon of gas.