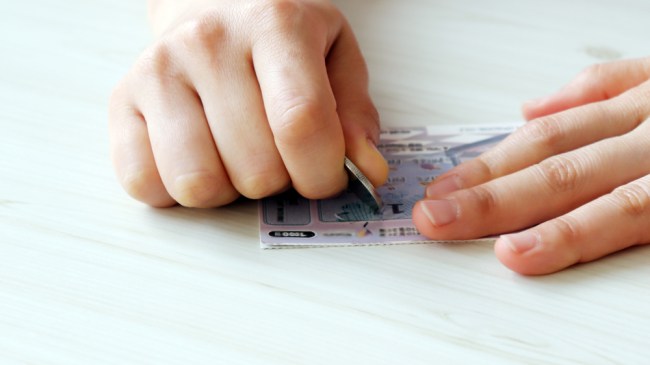 Some people have all the luck, right? You’re damn right, they do! One of those people is 60-year-old Lubomir Richvalsky of Sarasota, Florida (my hometown). This dude just won his second million-dollar lottery in less than five years.

Actually, he won the grand prize on a $10,000,000 World Class Cash Scratch-off ticket at the Publix across the street from my gym but instead of taking $10 million in installments he opted to take the one-time lump sum payment of $748,000.

Meanwhile, the most money I’ve ever won in a scratch-off ticket is $100. I’ve won $50 on three or four occasions. I’ve won $20 several times. I can’t even fathom winning $1,000 let alone ONE MILLION DOLLARS…and then doing it again less than five years later.

Sure, some people make their own luck in the business world by grinding harder and working smarter than everyone else but that’s not what we’re talking about here. This random ass dude is just winning millions after millions by scratching off lottery tickets at random. Anyone can do this. It’s a complete matter of chance, and this dude just so happens to always be scratching the right ticket at the right time.