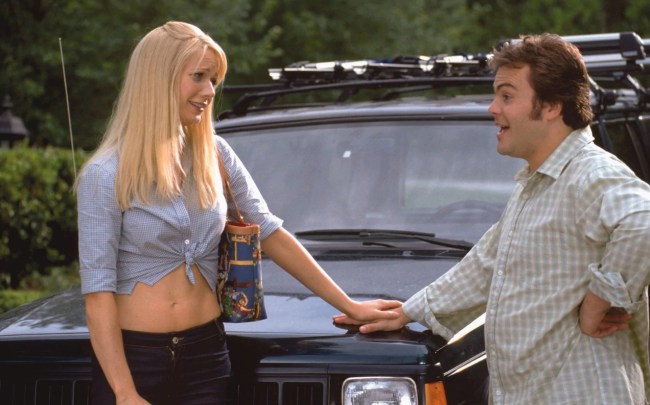 The year was 2001, it was a crazy time. Musical-wise you had songs like Eminem’s Stan, Britney Spears’ Stronger and Chop Suey! by System of a Down on top of the charts. Then Americans suffered their most jarring moment since Pearl Harbor… 9/11. The September 11th terror attacks catapulted the nation into despair, then anger and finally revenge, which launched the Afghanistan War, a conflict that is still happening to this day. In late 2001, Americans were searching for something, anything, to fill the emptiness left by the massive craters where the Twin Towers once stood.

Americans were eager to find comedy to brighten their dark days, and in the weeks following the September 11th, comedic movies such as the Zoolander, Corky Romano, and Shallow Hal were released. People would turn to Will Ferrell as a maniacal fashion designer, Gwyneth Paltrow in a fat suit, and even Chris Kattan as “Agent Corky Pissant.” But Gwenyth Paltrow wants you to know that Shallow Hal was a complete “disaster.”

In a video posted on the Netflix Twitter account, Paltrow sat down with her assistant and close friend, Kevin Keating. The two played a game called: “The BFF Test with Gwyneth Paltrow.”

The 47-year-old Hollywood actress Paltrow nodded in agreement. “I’m not sure who told you to do that one, but it wasn’t me,” he said.

“That was before your time,” Paltrow added. “See what happened? Disaster.”

Surprisingly, Paltrow had a different tune back in the day when she had no problem taking $10 million to play a 300-pound woman in the Farrelly Brothers comedy starring Jack Black.

In a 2001 interview with W magazine, Paltrow talked about her Shallow Hal role.

“The first day I tried [the fat suit] on, I was in the Tribeca Grand and I walked through the lobby,” she said. “It was so sad; it was so disturbing. No one would make eye contact with me because I was obese. I was wearing this black shirt with big snowmen on it. For some reason, the… clothes they make for women that are overweight are horrible. I felt humiliated because people were really dismissive.”

Paltrow did not say that she was embarrassed about selling a candle that smells like a vagina for $75.

Know who’s not embarrassed about their 2001 movie? Chris Kattan, and rightfully so.