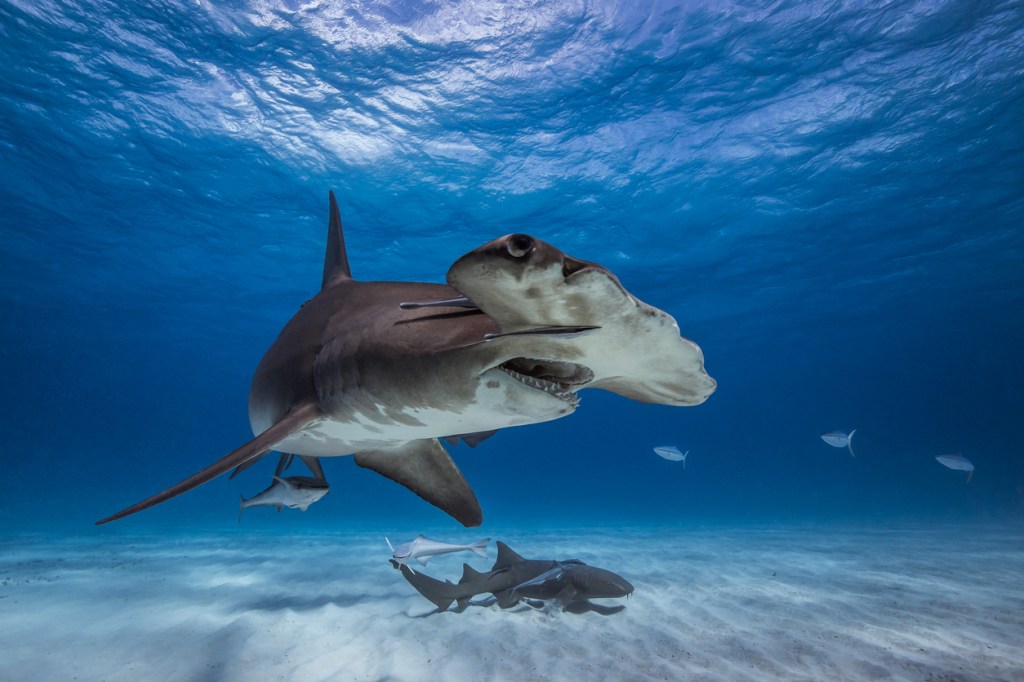 Hammerheads are some of the most recognizable creatures in the ocean. Their eponymous head shape is iconic and they can grow to enormous sizes. The longest Hammerhead Shark ever measured was a whopping 20-feet-long and the heaviest ever weighed was 991 pounds.

During late Spring and early Summer there is an annual migration of tarpon (fish) up the Gulf Coast of Florida. These fish come all the way from Africa and they often weigh over two hundred pounds. Tarpon are like a bone-in ribeye to sharks. They absolutely love these fish. It’s a big meal and they can hunt them in shallow waters.

Most Floridians from Boca Grande to Tampa Bay are extremely wary of sharks during this time of year. I can’t speak to how the rest o the state operates during tarpon fishing season. But this video suggests that up in the Panhandle they treat the arrival of Hammerheads like a Jimmy Buffett concert.

Some of these people are straight chilling in the water. Maybe it’s a ‘strength in numbers’ situation where everyone felt safe because nobody was panicking. It is possible that all it might’ve taken is one adult losing their mind over the Hammerhead Sharks for everyone to freak out. But all’s well that ends well, right?

This footage is a week or two old. It was from Memorial Day Weekend and took place near Pensacola. Everyone seemed to react differently to the presence of the sharks. Some were spooked. Others were cheering like Bama just got a first down.

It really is wild to see the range of reactions to these apex predators showing up and swimming within a few feet of people who were completely unprotected.

Shark attacks are incredibly rare but caution is always advised. Natur is unpredictable. For what it’s worth, Hammerheads are tied for 8th on the species list of most shark attacks worldwide (all-time). Here is a list that shows the number of shark attacks by species.