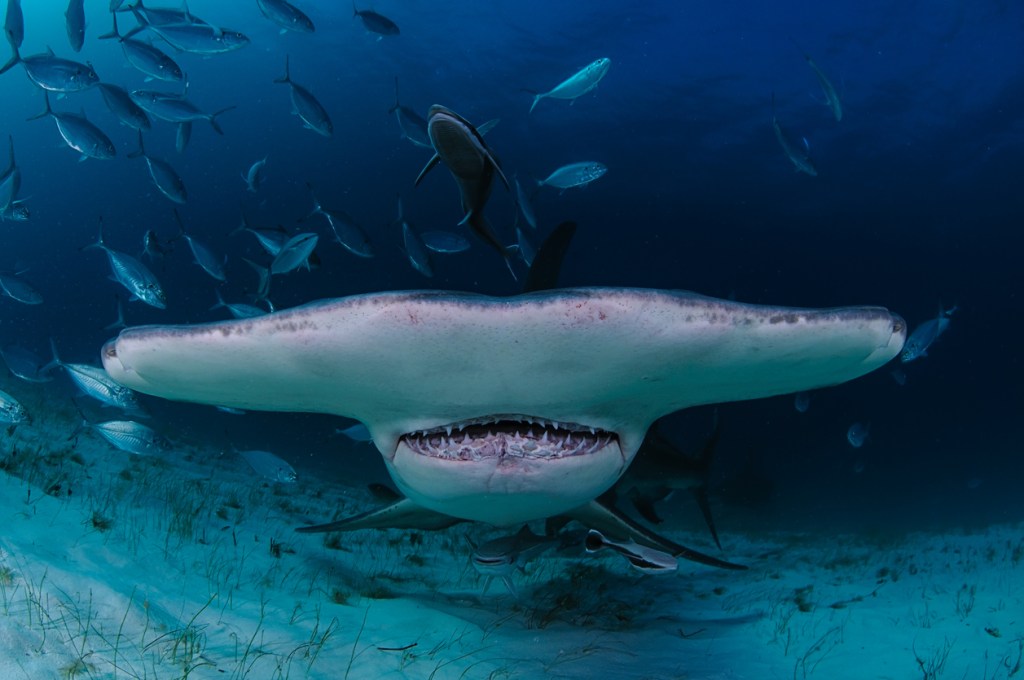 Tarpon fishing season in Southwest Florida is in full swing right now. Boca Grande Pass and Anna Maria Island are two major hot spots for anglers targeting the Silver King. This huge migration of tarpon up the coast of Florida brings in thousands and thousands of hammerhead sharks.

For anyone unfamiliar with tarpon, it is one of the most sought-after game fish in the world. They can grow up to 8-feet in length and weigh close to 300-pounds. These fish can also live for over 50 years on average.

Each year during late Spring and early Summer, there is a mass migration of tarpon up the Gulf Coast of Florida. These fish are making their way from Africa. For several months, the area from Boca Grande to Tampa Bay becomes the tarpon fishing capital of the world.

A tarpon might as well be filet mignon to a hammerhead shark. Those sharks go NUTS for these fish. And they’re often able to snipe an easy meal. That’s because fishermen tire these Silver Kings out while fighting them. You can’t keep a tarpon, at least not here, but they’re a fish that thousands of serious anglers go after.

I’ve pulled together some recent clips of hammerhead sharks going after these fish. Here’s a wild one! I thought about checking YouTube on a whim to see if there was any recent footage and there were a few clips as well as some incredible ones from last season. Check these out. This first one on Instagram is from yesterday:

This clip is actually from last season but you NEED to see this 14-foot Hammerhead Shark go after this fish. It is a truly gargantuan specimen.

This clip is from two fishing seasons ago but this one went pretty viral back then. I figured it was worth including for that reason because this shark is an absolute unit.

For what it’s worth, if someone is fishing for tarpon and spot a shark the typical move is to open the bail on the reel. This will allow the fish to run freely and escape the shark. It gives it a fighting chance at survival.

If you have any recent clips of hammerheads going after tarpon in Florida, be sure to send them my way! You can find me on Twitter at @casspa or via email at Cass@brobible.com, whatever works for you!