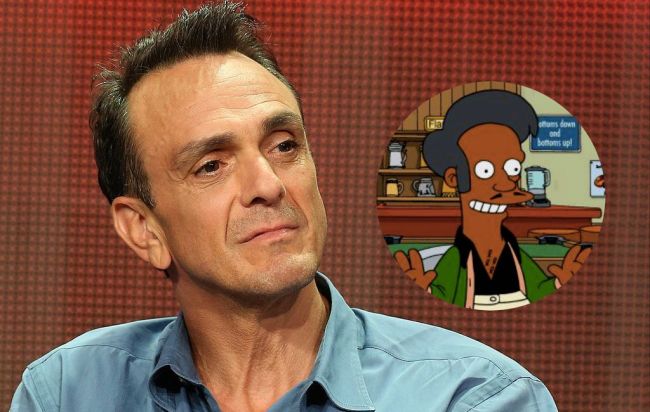 Hank Azaria, the longtime voice actor perhaps best known for voicing various characters on The Simpsons, has recently said he feels the need to personally apologize to “every single Indian person” for his participation in the structural racism of the Apu character.

“I really do apologize,” Azaria said during a recent interview on Dax Shepard’s Armchair Expert podcast. “It’s important. I apologize for my part in creating that, and participating in that.”

“Part of me feels like I need to go to every single Indian person in this country and personally apologize. And sometimes I do when it comes up.”

Azaria’s contrition about playing Apu is obviously genuine. Ever since he stepped down from the role in early 2020, Azaria has been totally and wholly apologetic.

During his Armchair Expert interview, Azaria also touched on the process he went through in an effort to further educate himself on the role and why it’s offensive to Indians. According to Azaria, he spoke with Indian students at his son’s school to get their opinion on the character, and one of them — a 17-year-old boy who’d never see The Simpsons — says he’s aware of the character because “this is how his [Indian] people are thought of and represented to many people in this country.”

“I was a white kid from Queens.I didn’t think about this stuff, because I never had to,” Azaria said.