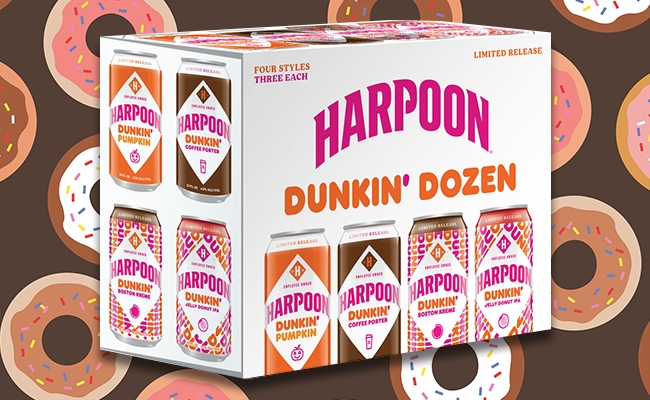 I recently got the chance to escape New York City for the first time since the world went to shit for a much-needed break in the quaint seaside town in Connecticut where I grew up; the kind of place with a local economy that heavily relies on tourists who’ll happily drop $25 on a lobster roll after a long day of browsing a main drag that features a store that’s stayed in business for over 60 years by charging three times as much for bowls made of rope.

I couldn’t get out of there fast enough after I graduated from high school but it was an incredibly welcome change of scenery and it didn’t take long for me to revert back to some of the habits I’d largely abandoned when I hopped on a train with nothing but a duffel bag and a heart full of dreams of making a new life for myself in the big city.

There’s no shortage of stereotypes associated with Brooklyn but most people who still use the essentially meaningless “hipster” label to describe its typical resident are clinging to a largely outdated image of a time before everyone fitting that description moved to Bushwick after getting priced out of Williamsburg. With that said, some things remain unchanged, as you don’t have to wander too far in my neighborhood to stumble upon a place selling artisanal doughnuts, small-batch coffee beans, or bagels infused with the unique superiority complex only New York City tap water can provide.

As a result, I couldn’t tell you the last time I’d stepped into a Dunkin’ prior to making the pilgrimage the morning after I got back home. While the lack of styrofoam cups and the absence of “Donuts” on the sign was a bit jarring, plenty of things had stayed the same and I was glad to see the bagels still had the texture of a foam stress ball and there’s nothing you do can to prevent your iced coffee from being served in a cup containing a liquid that’s an almost vivid shade of white no matter how much you stress you only want a tiny bit of cream.

Dunkin’ is basically the Domino’s of breakfast in the sense it might not be “good” but you’d be hard-pressed to find anything else capable of scratching the itch when you find yourself craving it. It’s a New England institution that’ll always have a special place in my heart, and as a result, I am very intrigued by some recent news concerning an upcoming collaboration with an incredibly on-brand partner.

A couple of years ago, the chain partnered with Boston’s Harpoon Brewery for a porter made with its coffee that was actually much better than I expected based on the Untappd check-in I don’t remember submitting that tells me I enjoyed it. Now, Mass Live reports the two companies are teaming up yet again as the brewer gears up to release some new beers made with the help of actual donuts.

Starting next month, you’ll be able to get your hands on a raspberry IPA derived from jelly donuts in addition to a stout containing the Boston Kreme variety. They’ll also be producing a pumpkin flavor Spiced Latte Ale and all three of the upcoming brews will be available in a variety pack that’ll be rounded out with the aforementioned porter.

I look forward to the chance to pound a few of these and feeling an increased urged to call into WEEI to bitch about Tuukka Rask’s commitment levels with each one I consume.