Harvard Runner Wins 3K Ivy League Championship After His Shoe Falls Off On First Lap, And The Photo Of His Foot Is Gnarly 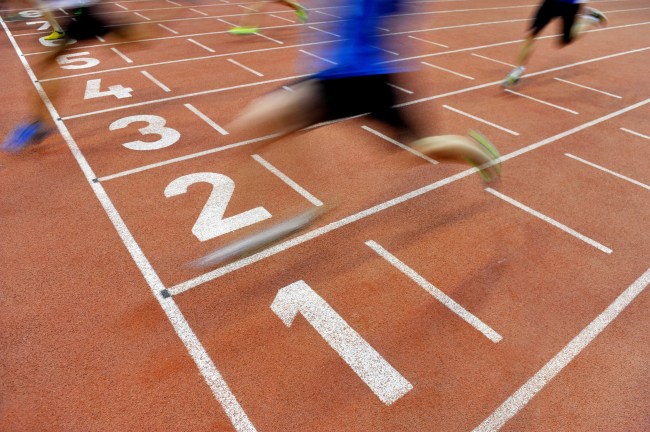 File this one under: Appetite-Squandering Visuals.

Harvard hosted the Ivy League Heptagonal Championships this past weekend and senior distance runner Kieran Tuntivate would not be denied the 3K title under any circumstances.

During the first lap of the 15 lap 3,000-meter run, the Wilmington, Delaware native’s left shoe fell off (yes, it was Nike. Cc: Zion Williamson). Instead of retrieving the show and effectively taking himself out of contention, the dude powered through barefoot on the grainy track for 14 laps. And won.

Warning: This foot photo may be too gnarly for folks with weak stomachs.

Harvard senior Kieran Tuntivate wins the Ivy League 3K championship this weekend, even after his left shoe falls off early in the race. His foot didn’t fare as well. pic.twitter.com/oJP0qzZxA9

Tuntivate, who was sitting in third during the final stretch before turning on the jets and outrunning all his opponents, described his mentality when the shoe popped off.

“When the shoe came off, I was really flustered for a lap or two,” Tuntivate said. “I knew I wouldn’t run well if I let it get to my head. I took a few deep breaths and just settled in and tried to keep with the pace.”

The @HarvardTrack_XC junior loses his shoe on the first lap, then goes from third to first down the stretch to win the #IvyHeps Indoor 3,000! pic.twitter.com/ylz3nTLibz

Tuntivate’s foot was so mangled that he reportedly needed to be carried off the track after the win.

Harvard's Kieran Tuntivate wins the Heps 3k title after running almost all of the race with one shoe!

Had to be carried off the track at the end of the race! pic.twitter.com/BKUZRHVzqO

He would eventually tend to the foot, tie his shoes a little tighter, and win the 5k as well.