Is Jail The Answer To Reading More? Scumbag Harvey Weinstein Is Ripping Through 546-Page Winston Churchill Books In ONE DAY 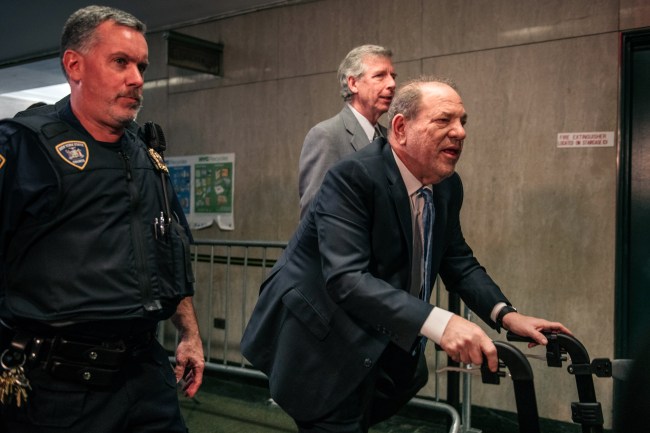 Am I crazy or is it ok to feel a little jealous of the peace and quiet that Harvey Weinstein has found in jail? Obviously, I wouldn’t want to do anything to get there, and believe he 100000% deserves to be there, but to have so many hours of the day, with so few distractions, that you’re forced to devour dense, 546-page Churchill biographies on a Monday? That sounds… peaceful. And let’s not forget that Aaron Hernandez found a love for Harry Potter in his cell, too.

It’s so tough to read these days. The amount of self-discipline required? Ugh. I can’t get ten pages without having a panic attack that my phone has an urgent text telling me I booked a Marvel movie or a family member passed. The only time I can actually read is on a long flight where the Wifi doesn’t work. You really have to take away all your other options. No music, no phone, no joy—nothing to stand between you and the pages. Jail seems like an ideal fit for bibliophiles.

NY Post– These days, convicted and disgraced movie mogul Harvey Weinstein tore through a 546-page book on Winston Churchill in just one day while cooling his heels in a cinderblock room at Bellevue.

Attorney Imran H. Ansari… told Page Six he brought Weinstein the new Erik Larson book, “The Splendid and the Vile: A Saga of Churchill, Family, and Defiance During the Blitz,” at the incarcerated producer’s request on Friday when they met to discuss the civil cases.

But, “someone had already brought him the book, and he already read it in a day,” Ansari told us.

546 pages in a day! I haven’t put up numbers like that since HP & the Order of the Phoenix. And the only reason I ripped that so quickly was because I knew that my stupid fucking classmates would blab spoilers to flex their reading speed. Even then, I got burned when Kristen O’haney wrote “RIP Sirius Black” in her AIM profile ONE DAY after the book was released. Sorry Kristen, but fuck you ’till the end of time.

With that said, I hope they’re doing a proper search of all the books that come to Weinstein. A 546-page Churchill biography is exactly the sort of vessel through which Weinstein and his lawyer pal might sneak a small rock hammer into his cell. Head on a swivel, guys.

PS- every Christmas, I give my dad a new Churchill book. It’s the only thing he asks for. Are all men headed that way? At some point, you’d think we’d know enough about the guy. Not only that, but it’s good to cut back on things you have in common with Harvey Weinstein. Might switch it up and give dad the new telescoping roof rake this year.