HBO Dunks On Former Lakers Criticizing ‘Winning Time’: ‘This Is Not A Documentary’ 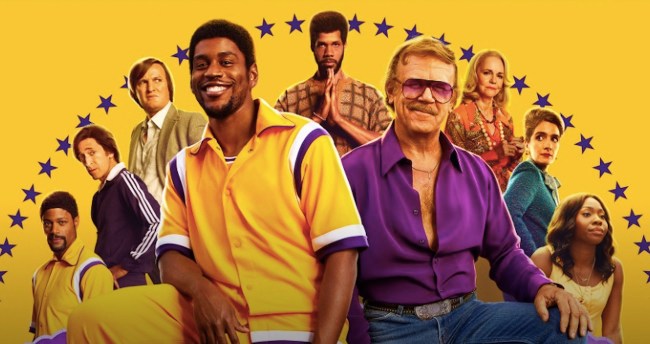 HBO has released an official statement in regards to the criticism of their new series Winning Time, which has been publically criticized by former Los Angeles Lakers legends such as Kareem Abdul-Jabbar, Magic Jonhson, and Jerry West.

In a statement to The Hollywood Reporter, HBO stressed that the series is “not a documentary” and has not “been presented as such.”

HBO’s comments come as former Laker Jerry West, who has been vocal about his criticisms of the series, said he’s willing to take his issues with the series “all the way to the Supreme Court.” West certainly hasn’t been alone in his distaste for the show, as Magic Johnson and Kareem Abdul-Jabbar have also expressed similar sentiments.

“The series made us all look like cartoon characters. They belittled something good. If I have to, I will take this all the way to the Supreme Court,” West told the Los Angeles Times.

HBO responds to criticism of their Lakers series Winning Time

In response, HBO released a statement to THR that Winning Time, which has already been renewed for a second season, is “fictionalized in part for dramatic purposes.”

“HBO has a long history of producing compelling content drawn from actual facts and events that are fictionalized in part for dramatic purposes,” the network says.

“Winning Time is not a documentary and has not been presented as such. However, the series and its depictions are based on extensive factual research and reliable sourcing, and HBO stands resolutely behind our talented creators and cast who have brought a dramatization of this epic chapter in basketball history to the screen.”