Kareem Abdul-Jabbar Is Definitively Not A Fan Of ‘Winning Time’, Rips ‘Dishonest, Crude’ HBO Series About The Lakers 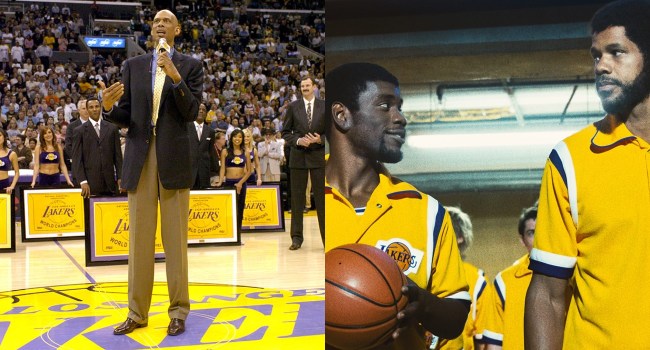 While Winning Time: The Rise of the Lakers Dynasty may be the latest mega-hit for HBO, it doesn’t seem to be resonating with legendary figures of the Los Angeles Lakers organization, as Hall of Famer Kareem Abdul-Jabbar has become the latest L.A. great to speak out against the series.

In his latest Substack blog post, Abdul-Jabbar blasted the “deliberately dishonest” and “drearily dull” series for being “boring” and writhe with “bland characterization.” Abdul-Jabbar also made clear that his issues with the series were not over how he’s specifically being portrayed.

“There is only one immutable sin in writing: Don’t Be Boring! Winning Time commits that sin over and over,” Abdul-Jabbar wrote. “I’ll start with the bland characterization. The characters are crude stick-figure representations that resemble real people, the way Lego Han Solo resembles Harrison Ford. Each character is reduced to a single bold trait, as if the writers were afraid anything more complex would tax the viewers’ comprehension.”

Kareem isn’t the only Lakers legend who isn’t all too thrilled by Winning Time, as Hall of Famer Magic Johnson also previously said that he was “not looking forward to” the new HBO series, which has already been renewed for a second season.