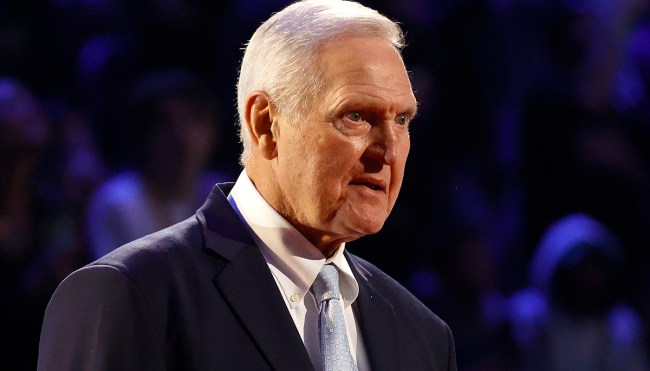 Many people would lead you to believe “all press is good press,” but it’s hard to argue that’s the case when you’re talking about a movie or television show that finds itself at the center of a hurricane of negative criticism that largely overshadows the project itself.

The HBO series Winning Time has been weathering that kind of storm since the first episode premiered at the beginning of March, as the bulk of The Discourse the show has managed to spawn has concerned its controversial portrayal of the figures who played an instrumental role in the dynasty the Los Angeles Lakers were able to construct in the 1980s.

Kareem Abdul-Jabbar took a fairly diplomatic approach when he aired his grievances with Winning Time earlier this month, but Jerry West hasn’t exactly exercised the same type of constraint when it comes to his issues with a program that has painted him as a hot-headed tyrant with a problematic relationship with alcohol.

Plenty of people who knew West back in the day say that depiction isn’t even close to reality, so it’s fairly easy to understand why the former GM had his legal team send a sternly worded letter to HBO and Winning Time showrunner Adam McKay demanding a public apology and retraction.

West didn’t overtly threaten any legal action if his demands weren’t met by the May 3rd deadline that was set, but based on what he said during a discussion with former Los Angeles Times sports editor Bill Dwyre, he’s more than willing to exhaust his options if he doesn’t receive a satisfactory response:

“The series made us all look like cartoon characters. They belittled something good. If I have to, I will take this all the way to the Supreme Court.”

No apology has been issued as of this writing, but it seems like there’s a good chance that could change in the coming days if HBO doesn’t feel like fighting what appears to be a losing battle.