After Just One Episode, The NBA And The Lakers Are Already Upset With HBO’s ‘Winning Time’ 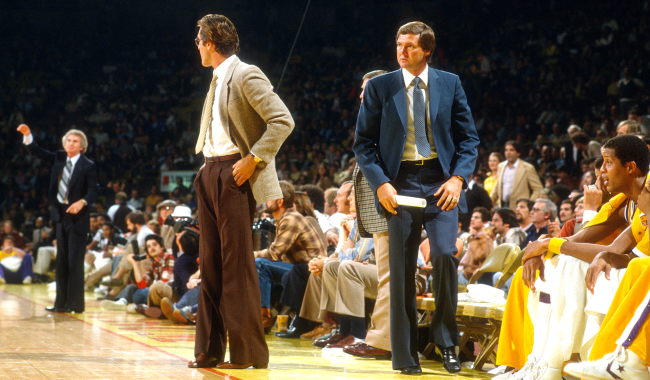 Just one episode into HBO’s much anticipated docuseries Winning Time: The Rise of the Lakers Dynasty, about the Showtime era Los Angeles Lakers, and it is already making people angry.

First of all, and this is truly unbelievable in this day and age, the NBA is mad about Winning Time because apparently HBO made the docuseries without getting permission to use the league and team trademarks, including their logos.

The Athletic reported on Wednesday that the NBA issued a statement addressing the issue.

“Clearances to use NBA trademarks were not sought or granted and the league objects to any unauthorized use of its intellectual property,” wrote NBA chief communications officer and an executive vice president Mike Bass.

The Lakers were also asked about the use of the team’s logos in the series and responded, “The Lakers have no comment as we are not supporting nor involved with this project.”

Another major issue with Winning Time is the way certain people are being portrayed, specifically former player, coach, and general manager Jerry West.

Gary Vitti, the longtime Lakers athletic trainer, worked on Winning Time for two days last year, reports The Athletic. When asked to stay on longer, he said to himself, “I don’t want to be a part of this.”

For people who were around the Lakers in the early ’80s, those might include minor details like Jerry West’s office not having a window for him to throw a trophy through — which happens in the pilot episode — or then-Lakers general manager Bill Sharman speaking in a full voice when in reality a vocal cord injury meant he spoke barely above a whisper. In the show, owner Dr. Jerry Buss negotiates a job with the Lakers for his daughter, Jeanie, in 1979, when she would have been 17.

In real life, Jeanie Buss, now the team’s governor and top executive, didn’t get hired by her dad until 1981, and even then it was to run the Los Angeles Strings of World Team Tennis. She wasn’t hired by the Lakers until 1995.

HBO’s Winning Time may be entertaining, but it’s ruffling a lot of feathers

Winning Time is supposed to be based on Jeff Pearlman’s 2014 best selling book Showtime – a work of non-fiction.

Vitti says the way people like Jerry West have already been portrayed in the show is nothing but fiction.

The biggest point of contention for Vitti and others is the characterization of West, the former Lakers guard and executive who served as the team’s head coach for three years through 1979.

West is seen angrily snapping a golf club, delivering profanity-laced tirades against Sharman and Dr. Buss, and generally being portrayed as a hard-drinking lunatic — something those who knew him in those days strongly refute.

“It was a total mischaracterization of Jerry West,” said Vitti.

Mitch Kupchak, a former player and front office executive for over 30 years with the Lakers, agreed.

“The guy in the show playing Jerry and the Jerry I worked with for 14 years is not the same guy,” said Kupchak. “Jerry was passionate but never lost his temper and threw things. Never. I would know.”

Vitti also takes exception with the way late Lakers owner Jerry Buss was portrayed in the first episode, especially a scene where he swears at his staff.

Then again, HBO makes it very clear that the series is a “dramatization.” So, for the rest of us who don’t have the insight into what the Showtime Lakers were really like, Vitti says, “If I didn’t know any better, I probably would have liked it. It’s entertaining. It really was.”