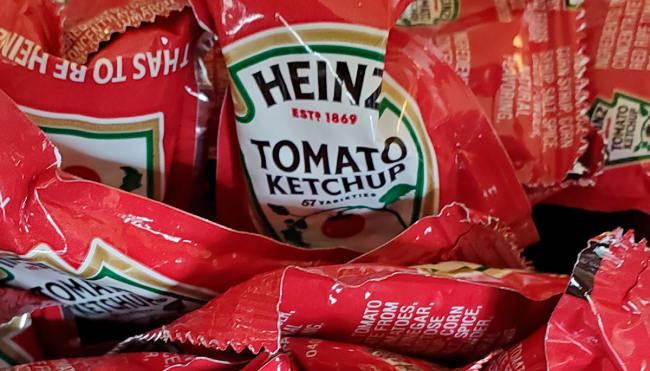 At this time last year, people around the world had just set off on a new culinary journey after deciding to master the art of breadmaking, start messing around with kimchi, or get really into pickling things. However, I’m willing to bet more than a few of the fridges that were once filled with sourdough cultures or mason jars packed with fermenting cabbage and brined vegetables now make the one Redman showed off when Cribs came to Staten Island look like the ultimate luxury.

It’s also been about a year since I realized I drastically miscalculated how long the food I stockpiled before the world went to hell would last me. As a result, I found myself doing my own version of Super Size Me after spending far longer than I care to admit subsisting almost exclusively on McDonald’s and alcohol; an inadvertent experiment that came to an end when I encountered a situation that required me to wear Real Clothes only to discover I couldn’t button any of the pants that had fit me just fine a couple of months before.

Since then, I’ve been strapped to a vicious circle that starts with me hitting up the grocery store to fill up my fridge until the only thing that greets me when I open it is two High Lifes and a fuzzy black orb that was a lemon or lime at some point in time. From there, I’ll develop spend far too much money getting food delivered until being confronted with a credit card statement that makes me audibly gasp before the cycle begins anew.

Over the course of those admittedly pathetic periods, I’ve found myself confronted with the ultimate First World Problem after having my night ruined by a sushi restaurant that neglected to throw a cup of soy sauce into the bag or a pizza place that forgot to include a side of marinara with my mozzarella sticks. As a result, I’ve taken great care to make sure I always have a stash of requisite condiments, but if you currently have a fridge situation that most people who care about you would interpret as a cry for help, you might want to rectify that based on a crisis that’s currently unfolding.

According to USA Today, anyone with a crippling reliance on delivery might be in for a rude surprise after Heinz confirmed it’s staring down the barrel of a ketchup packet shortage. The company ramped up production of its signature pouches at the start of the pandemic, but thanks to a combination of a surge in demand and potential supply-chain issues stemming from the Suez Canal debacle, restaurants around the country—including Long John Silver’s and Texas Roadhouse—have seen their stockpile of ketchup packets slowly dwindling.

Part of me thinks Heinz could’ve done something to prevent this by addressing the real problem here, as you have to think this would be less of an issue if it finally decided to figure out a way to package its ketchup in a way that doesn’t make your table resemble the set of Hot Fuzz after the 27th take of this scene by the time you finish a medium order of fries from McDonald’s.

I guess restaurants could solve the issue by switching to a different brand, but it’s a risky move. I have a hard time believing any restaurant that genuinely prides itself on its food would subject its creations to the indignity of being dipped in a Heinz alternative, and I wouldn’t be surprised if there were customers who view a bag filled with bootleg ketchup packets as a sign of disrespect.

Thankfully, you shouldn’t have any issues getting your hands on a bottle, so if you’re still relying on a virtually empty one that makes your plate look like one of Dexter’s kill rooms thanks to the shower of ketchup juice that spurts out whenever you try to milk it for one final serving, there’s never been a better time to replace it.