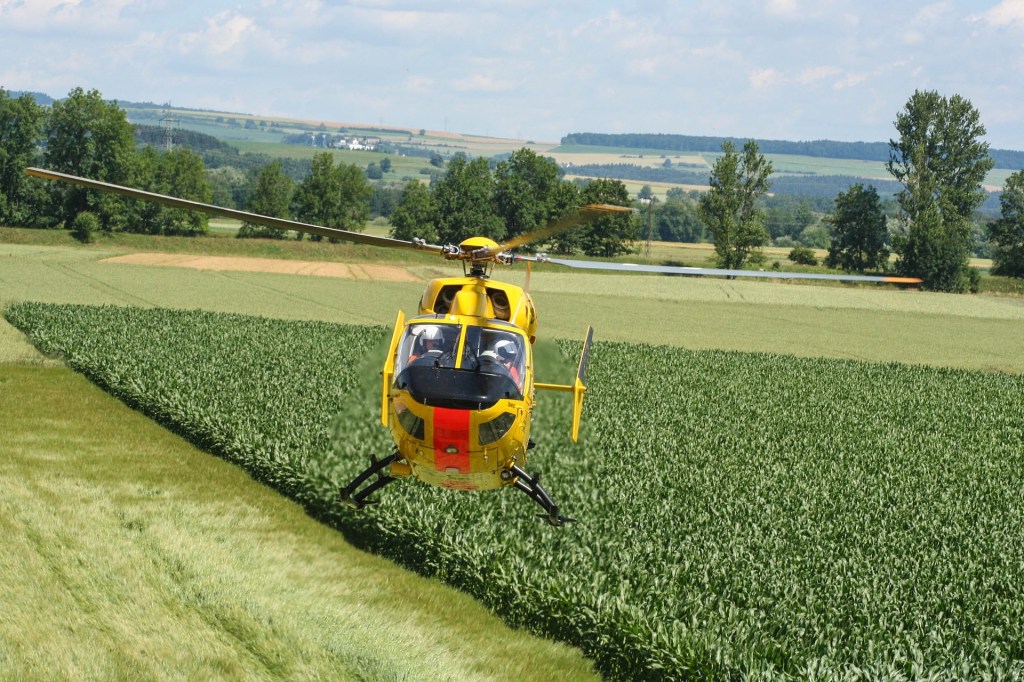 A helicopter pilot in the UK flew an 80-mile round trip to pick up a delicious roast beef lunch and he appears to have inflamed countless people on Instagram along the way.

The pilot hopped in his whirlybird and flew to the Chipping Farm Shop and back home. The mission was to pick up some Roast Beef in Caramelised Onion Gravy Barms. The catch is the UK is still on strict lockdown and that even includes an outrageous general aviation order stating “no leisure flying is permitted.”

The specialty farm shop shared footage on Instagram of the pilot landing for his roast beef lunch and that’s when all hell broke looks. Here’s the clip with some highlights from the comments down below:

A helicopter pilot's 80-mile round trip to pick up a beef sandwich was a "flagrant abuse" of lockdown rules, a councillor has said.

A video posted online showed the man landing for his sandwich at Chipping Farm Shop near Preston.https://t.co/FOTiuH8s2f pic.twitter.com/pWi8XW1vtg

The comments are quite literally all over the place. One reads “So I can travel to McDonald’s drive through but I can’t take out my helicopter to collect food, seems a little odd to me. People need to shake their heads a little.” while another claims to be from a NHS worker who is “living in a caravan on my driveway to protect me nan living in house.” and goes on to say they’re disgusted by this.

There are plenty of mentions of Karens. One person stated “And i bet all the ones complaining have had holidays during this pandemic travelled miles and miles to go abroad somewhere. KARENS get a bloody life.” And a lot of people, myself included, inquired about the sandwiches. If this pilot is willing to fly 80-miles round trip for a sandwich it has to be DAMN GOOD. Also, one thing to consider here is pilots have to fly regularly to keep up their hours.

Now I don’t know about you guys, but for the past year, I’ve noticed more jealousy across society than I can ever remember. At a time when most people aren’t traveling or doing anything fun, people are so quick to say ‘screw that person for having it better than me’ because we’re all miserable. A famous example would be when everyone lost their minds when Ellen DeGeneres referred to her house as a ‘prison’ which (1) is a common expression and (2) when you’re trapped at home and not allowed to go anywhere you’re entitled to be miserable, even if you live in a castle. I’ve been guilty of it at times but try and check myself whenever I can.

But if I was a licensed pilot and owned my own helicopter or prop plane I’m pretty sure I’d be flying as often as I could afford the gas. I 100% side with the pilot here. He likely needs to fly and with those propellers whipping at high speeds like that it would be a literal miracle if any particles passed in the air between those two, not to mention there was a glass door that the pilot reached around.

According to Fox News, the Greater Manchester Police are now investigating the issue because it was deemed to have been a ‘flagrant abuse of restrictions on travel’. If you want to read any more about this pilot out there living his life, you can follow that link to Fox News.