Dear Punk Bitches, Kindly Back The F*ck Off Ellen Degeneres 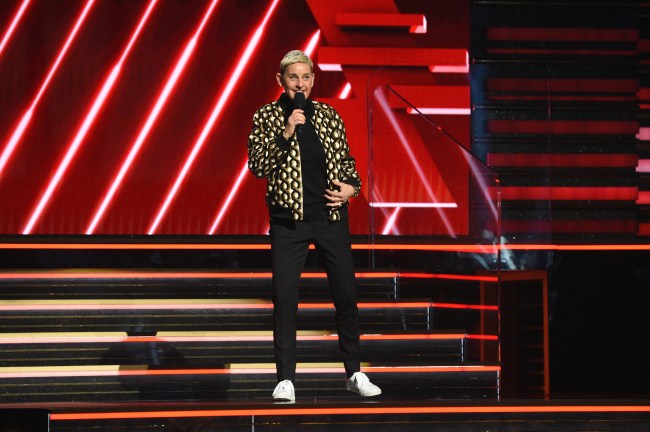 Apparently one of the side effects of a pandemic is hunting for reputation-smearing factoids about the greatest daytime talkshow host since Oprah. It seems that every day, a new story surfaces from a former Ellen assistant, pool cleaner, or chimney sweep about how she never patted their head and said good boy. Today’s revelation was that a former bodyguard was sad when Ellen didn’t say hello to him. Seriously. What in the fucking fuck is going on here? A BODYGUARD felt demeaned when his employer didn’t say hi?! Jesus fucking Christ, we’re doomed. This is why you have to hire an Israeli bodyguard. Those guys don’t fuck around. And they certainly don’t need you to change their diaper, fluff their pillow, or know their name for them to feel appreciated.

Uh, newsflash guys… she’s Ellen fucking Degeneres. Her $90 million salary gives her the right to pawn the pleasantries off on whatever chief of staff she employs to run her empire. Her only job when she’s not at her JOB is to get to her job. That’s what comes with her level of success. She turns it on every single day for the millions of people who watch her show. You know how many people’s jobs ride on Ellen’s ability to get her head straight for that show? If she doesn’t have time to shoot the shit with the landscaping crew or the solar panel repairman, who cares!

Why do we need to see Ellen Degeneres brought to her knees? Why are we hunting her good name? Back the fuck off. Ellen has done more for women, the LGBTQ movement, and Justin Bieber than anyone on the planet. Let the woman live her life.

I’m a huge Letterman fan. I remember learning that he was notoriously cranky and harsh to his employees. Then I learned that he kept the air conditioning cranked to arctic levels at the Ed Sullivan theater, making everyone uncomfortably cold—including the studio audience—because that’s how he liked it. Then we found out that he was having affairs with staffers. I’ll admit, that was a tough pill to swallow. He had wronged me so deeply, so personally. But in the end, I… (*voice catching, eyes brimming with emotion*) I found it within my heart to forgive him. You know why? Because who. fucking. cares. The dude continued to show up to work and crush it every day for decades. I watched The Late Show not because I wanted David Letterman to teach me how to live, lead, and love but rather because it entertained me. Whatever he did when the cameras stopped rolling was none of my business. Sure, if had done some criminal shit or MeToo’d people, I might have jumped over to Kimmel. But it just wasn’t hard for me to separate the man from the product, and the product—his dry humor, his whacky interrupting segments, whenever he’d throw to Paul, and whatever made him laugh—was what I had come to love.

I don’t need my heroes to be perfect when they’re not performing. I didn’t give a shit when we found out that Tiger Woods was having parking lot sex with the cast of Tiger King ten years ago. Why? Because I wanted to emulate Tiger Woods’ golf swing, not his marriage. I wasn’t watching him destroy the field at Pebble and thinking, boy, if only I could love my wife the way he does someday.

It never ceases to amaze me when people are astonished that their heroes are human. If we found out tomorrow that John Krasinski and Emily Blunt routinely beat their children with willow switches in the garage of their Brooklyn Heights brownstone, the world would crumble. Meanwhile, I’d be watching Office reruns as usual, laughing my head off at Jim’s capricious pranks and sideways glances.

In sum, back the fuck off Ellen Degeneres.