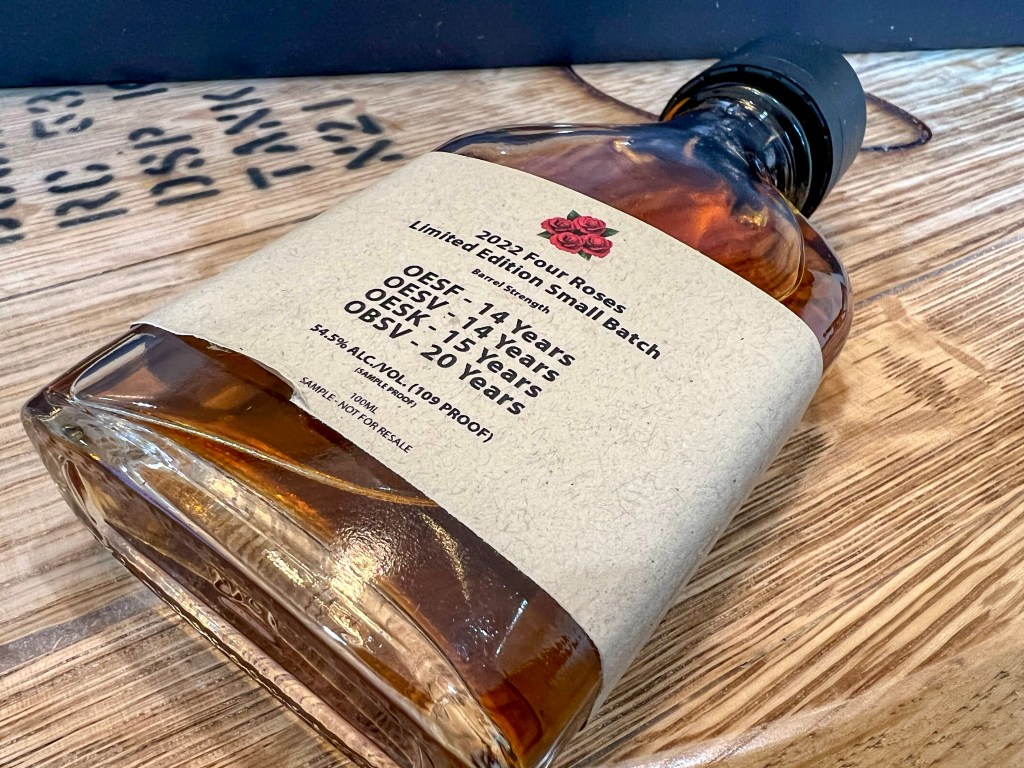 The 2022 Four Roses Small Batch Limited Edition has arrived. Well, sort of. It’s here in the sense that samples have been distributed to industry VIPs and those bourbon connoisseurs are once again raving over this year’s blend. And the lottery to secure this year’s release has just opened.

We’ve got details on how you can score a bottle of the 2022 Four Roses Small Batch Limited Edition (it’ll be a lottery), how many bottles are available to the public, what’s in this year’s blend, and tasting notes. Let’s get after it, shall we? 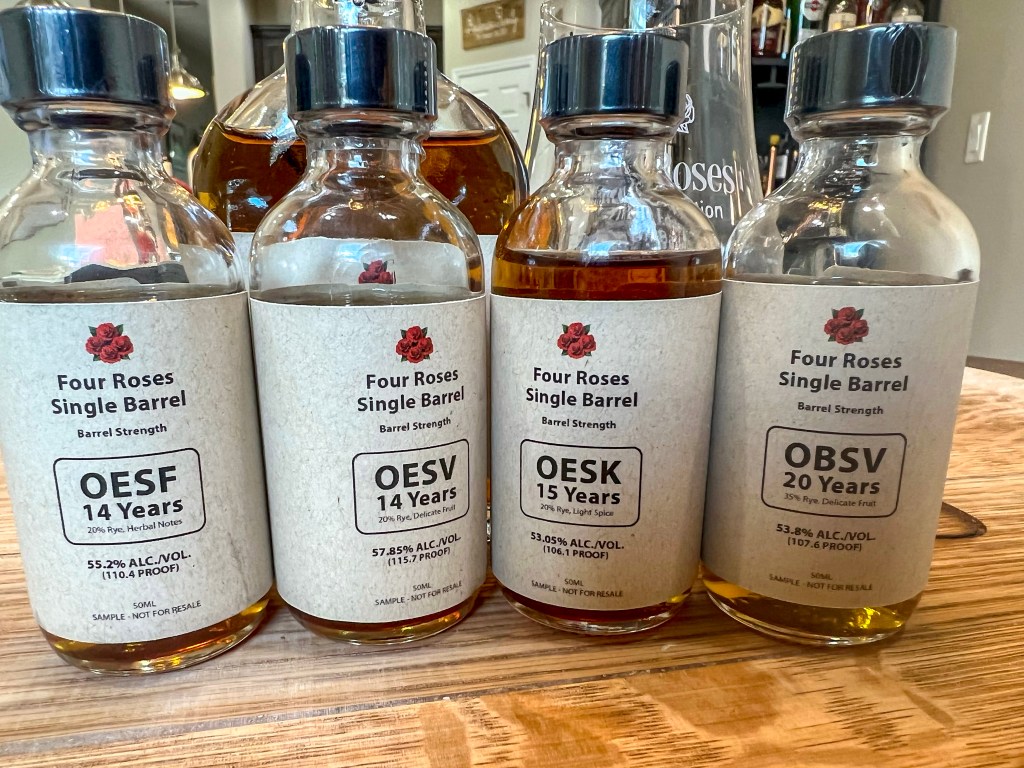 As stated above, the four components of this year’s Small Batch LE are 14-year OESF, 14-year OESV, 15-year OESK, and 20-year OBSV. I’ll be honest, I was worried about the 20-year OBSV. Primarily because it’s just really, really hard to get good bourbon to last that long but hot DANG was it the best of the four blend components for me.

What do all of these letters mean?

Now, if you’ve made it this far in the article and it feels like you need to break some codes and don’t understand those letters above, let’s take a step back and explain that real quick (there’s also a picture below). Four Roses has 10 distinct recipes which are made up using 2 mashbills and 5 yeasts.

Then there are 5 distinct Yeasts (V, K, O, Q, and F) each with unique flavors ranging from florals to fruits to spice. When you start to combine these mashbills and yeasts we get the 10 recipes: OBSV, OBSK, OBSO, OBSQ, OBSF, OESV, OESK, OESO, OESQ, and OESF.

Four Roses actually has a brilliant visual rundown of the various recipes on their website if you’re more of a visual learner. Here’s what all of that looks like in this year’s chart: 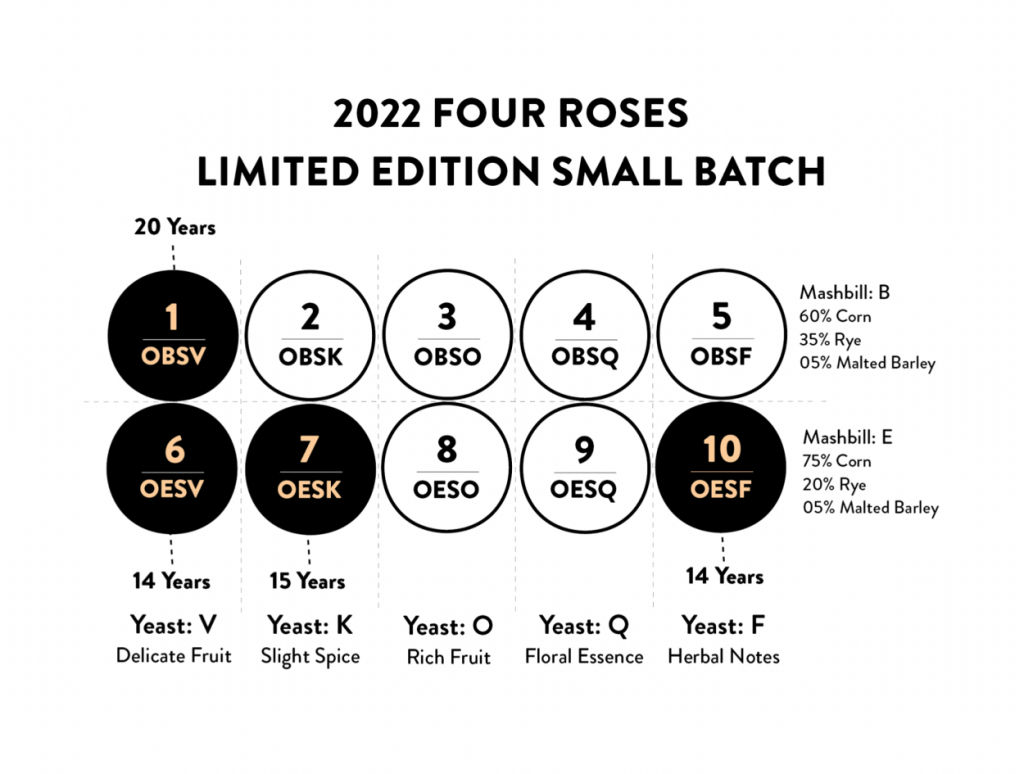 When choosing what goes into the Limited Edition Small Batch release each year, Four Roses master distiller Brent Elliott starts by looking at all of their available 10+ year bourbons. The 2021 Four Roses Small Batch Limited Edition was driven primarily by the Q Yeast strain which has a very heavy floral element.

So when Brent sat down to craft the 2022 Small Batch LE blend he didn’t even touch the Q Years. He tells me he deliberately wanted to try something different, and his overarching idea for this year’s blend was to work with the F yeast which is characterized by herbal notes that work magnificently with the 20-year OBSV that’s bright and refreshing.

An interesting note on the 20-year OBSV is it was briefly available last year at the Four Roses visitor center. The release was originally going to be used to celebrate the opening of the new center but the proof was too low to release as single barrels then so they knew it only going to get better. And they kept it aside for this year’s Small Batch LE.

There are two ways you can purchase the 2022 Four Roses Small Batch Limited Edition. The first is you can hope to find it in select retailers. The 750ml bottles have a suggested retail price of $179.99. There are 14,100 hand-numbered bottles available this year which is 400 fewer than the 2021 Small Batch LE release.

It’s worth repeating: if you win the lottery, you and YOU alone can pick up the bottle. 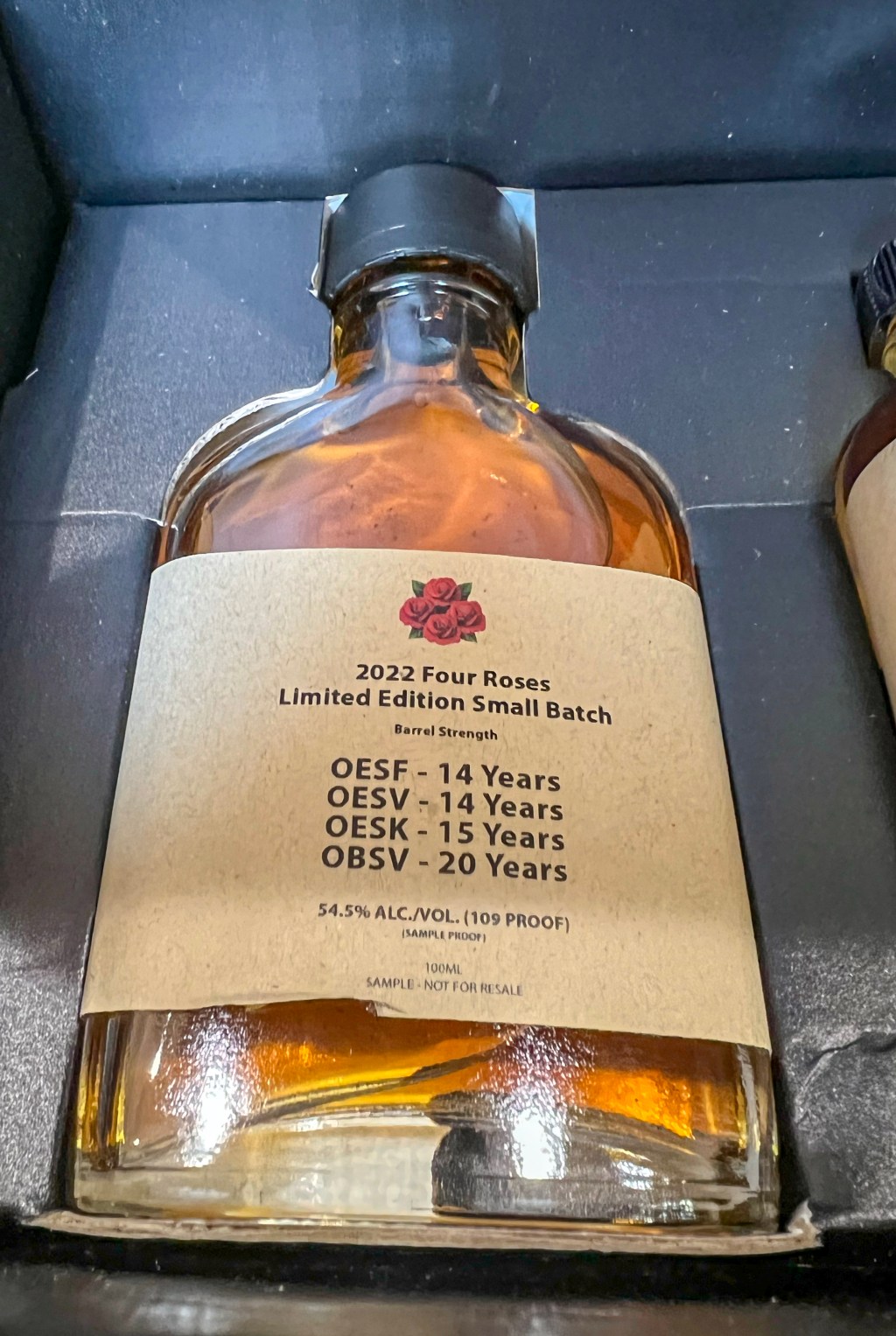