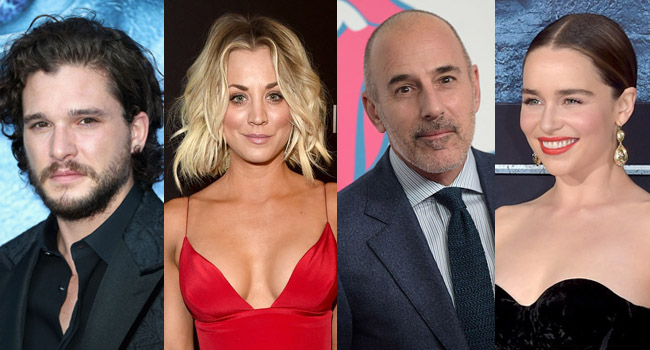 The salaries of the highest paid TV stars of 2017, if we combined them, could probably wipe out our national debt or feed every person in America for the rest of our lives. Unfortunately, that isn’t going to happen. Not when most of them prefer to spend their money like this.

That’s okay though. These TV stars have earned their tremendously over-inflated salaries, right? I mean, if we didn’t watch their shows, they wouldn’t have advertisers or subscribers and they wouldn’t get paid so much. It’s really our fault that we make so little compared to what they make. And what they make is a bundle.

By the way, on Wednesday we shared the latest highest paid movie actors and actresses in movies list and they’re not hurting for cash either.

A new report by Variety breaks down the salaries of the biggest TV stars into three categories. Here are the top salaries in each one…

Check out all of the complete lists and the full report over at Variety.

Take the quiz and see how you do!