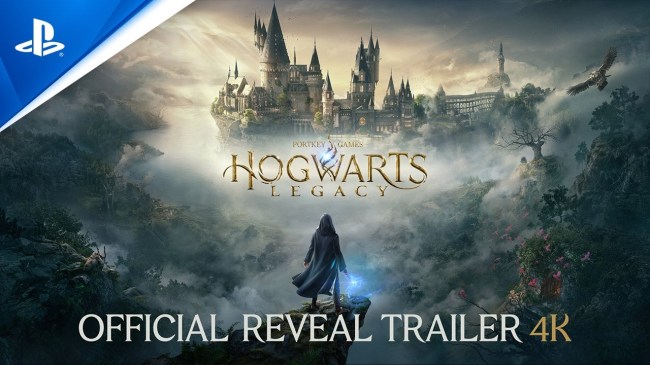 Back when the Marvel Cinematic Universe was beginning to pop, I used to joking say “wake me up when they make a video game” (spoiler alert: they finally have and it STINKS out loud).

The reason for this was because while Marvel had clearly figured out their big-screen formula, they’d yet to branch into smaller-screen projects, particularly video games.

With the Batman: Arkham franchise dominating the 2010s, you could understand why I was hoping Marvel would even give us that sort of game with Tony Stark. Because while watching these characters on screen in enjoyable, playing as them in an immersive story is an utter thrill. In fact, I contest that the Batman: Arkham trilogy is the best Batman experience I’ve ever had.

So, with all that said, it should come as no surprise that I’m HYPED for PS5’s Hogwarts Legacy, which essentially looks like it will allow you to become your own wizard that attends the legendary magic school.

Here’s the official synopsis for Hogwarts Legacy, via PlayStation:

Experience a new story set at #Hogwarts in the 1800s. Your character is a student who holds the key to an ancient secret that threatens to tear the wizarding world apart. Make allies, battle Dark wizards and decide the fate of the wizarding world.

I don’t know about you, but I am READY to learn a couple of expecto patronums, tell all of my nerd magic teachers to “piss off” (remember, this is in England), make the varsity Quidditch Team, and defeat the forces of darkness all before the end of my first semester. Harry Potter will be an afterthought by the time I’m through with Hogwarts.