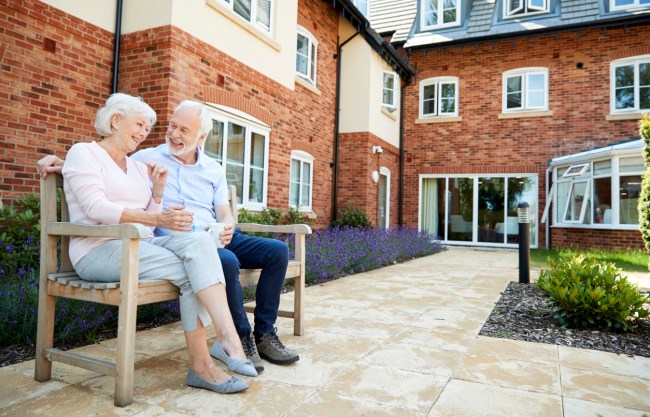 Last week, the FDA was forced to issue a warning to people who’ve convinced themselves the key to never aging is injecting themselves with the literal lifeblood of young donors that can cost up to $8,000 per liter.

It turns out Silicon Valley isn’t as absurd as you’d think.

People have been trying to figure out the secret to eternal life for ages because, objectively speaking, getting old sucks.

I’m still in my 20s, so while my body hasn’t been totally ravaged by the effects of time, I can already start to feel the impact—like the day I tweaked my neck while shotgunning a beer at a tailgate and realized I was officially washed.

I’ve still got a few more decades to go before I’m certifiably old but that doesn’t mean I’m already dreading the prospect of using my phone’s flashlight to read a restaurant menu with my bifocals and popping pills for my cholesterol like I’m at Electric Daisy.

However, nothing terrifies me more than the prospect of eventually ending up in a retirement home, which are great places to live if you enjoy extremely competitive games of bingo and hate freedom.

A man named Terry Robison seems to feel the same way, as he recently found himself pondering the eventuality of time and trying to figure out if there’s a way to spend your golden years that doesn’t involve confining yourself to a retirement home until the end of your days.

It turns out there’s a great alternative in the form of the Holiday Inn.

Robison outlined his vision in a Facebook post a few weeks ago after sitting down to look at the numbers and realizing there’s no reason to drop $188 a day (the average price of a retirement home stay) when you can grab a room at the hotel chain for under $60 a night, which comes with many of the amenities you’d get otherwise.

This dude has it all figured out.