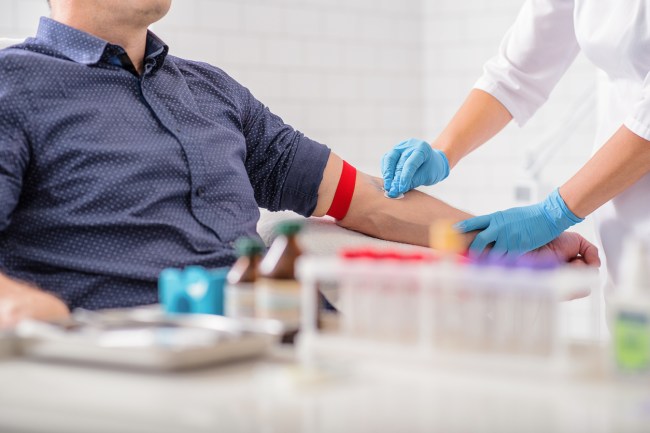 A ton of people in Silicon Valley have more money than they’ll ever know what to do with, and as a result, they’ve started to use it to do things nobody should really ever do—like injecting themselves with the blood of young people in an attempt to live forever.

In the fourth season of the HBO show inspired by the region, the amalgamation of tech executives who is Galvin Belson holds a meeting with the Pied Piper crew while casually hooked up to a “blood boy” whose job is to pump his young, virile plasma directly into the veins of the magnate.

It might sound insane, but the phenomenon known as “parabiosis” is a very real thing and people are spending $8,000 per liter in an attempt to slow the aging process by injecting themselves with the blood of younger people like they’re a bad guy in Mad Max.

However, if you happen to take part in this bizarre trend, I have some bad news thanks to the FDA, which recently issued a statement suggesting people should reconsider how they’re pursuing their quest for immortality.

According to MarketWatch, commissioner Scott Gottlieb suggested the practice is as ridiculous as it seems and suggested people are basically paying for a modern version of snake oil:

“Simply put, we’re concerned that some patients are being preyed upon by unscrupulous actors touting treatments of plasma from young donors as cures and remedies.”

He added there are plenty of risks that come with the transfusions and that there isn’t a single study out there proving they have any real benefit:

“Our concerns regarding treatments using plasma from young donors are heightened by the fact that there is no compelling clinical evidence on its efficacy, nor is there information on appropriate dosing for treatment of the conditions for which these products are being advertised.”

It’s a shame no one saw this coming except virtually everyone.