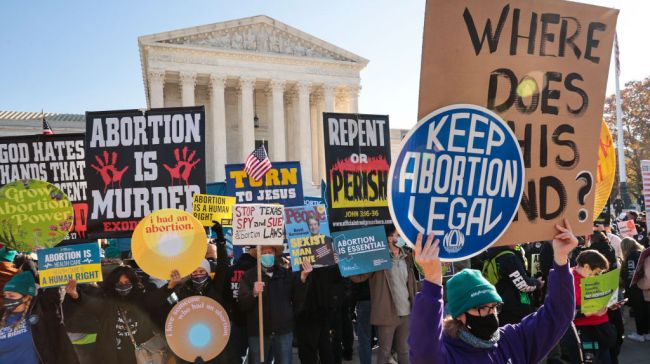 According to Puck News‘ Matt Belloni, major Hollywood companies such as Netflix, Paramount, Comcast, Disney, Sony, Warner Bros. Discovery, and Amazon have announced they will all reimburse travel costs for employees in states that ban abortion who wish to end a pregnancy.

The news comes after the Supreme Court overturned Roe v. Wade, a decision that about two-thirds of Americans were not in support of, according to a poll conducted by NPR, PBS NewsHour, and Marist College.

Update: Disney just informed employees it will indeed cover travel expenses for employees in red states that want an abortion. Big because Disney has so many people in Florida.

One of the biggest Supreme Court decisions in recent American history, the vote was 5-3-1, with Justices Justices Stephen Breyer, Sonia Sotomayor, and Elena Kaga dissenting. The majority opinion was comprised of Justices Samuel Alito, Clarence Thomas, Justices Neil Gorsuch, Brett Kavanaugh, and Amy Coney Barrett — three of which were appointed by President Trump during his lone term as President of the United States from 2016 to 2020.

“Roe was egregiously wrong from the start,” Justice Samuel Alito wrote in his majority opinion. “Its reasoning was exceptionally weak, and the decision has had damaging consequences. And far from bringing about a national settlement of the abortion issue, Roe and Casey have enflamed debate and deepened division.”

“With sorrow – for this Court, but more, for the many millions of American women who have today lost a fundamental constitutional protection – we dissent,” the dissenting opinion read.

According to CNN, “at least 21 states have laws or constitutional amendments already in place that would make them certain to attempt to ban abortion as quickly as possible.”

The decision from these major Hollywood players will likely become commonplace in the coming weeks and months as American society reckons with the Supreme Court’s decision.