People In The Hollywood Hills Are Peeing, Puking In The Streets From Massive House Parties 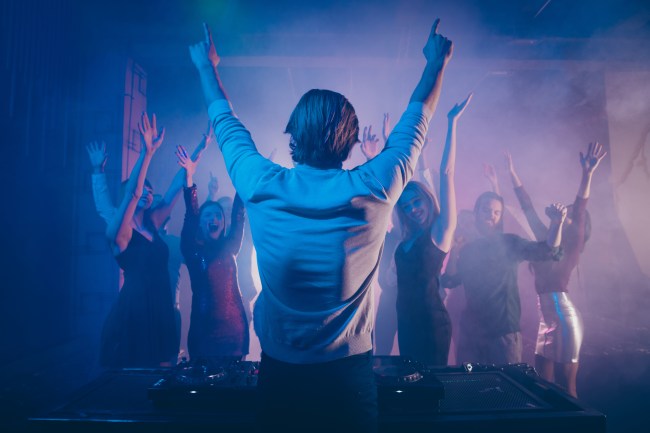 I took a bit of journalistic license with “puking” in that headline. But where there’s pee, there’s usually puke. I’ve been to a few house parties in my day. High school? The Spanish class called me Señor Casa Fiesta, which translates to Mr. House Party. ‘Nuff said.

Point is, the city of angels has joined the crowd of fed up partiers. Brings to mind that Beastie Boys lyric, “you gotta fight, for your right, to paaaaarty!” Know that song? That’s the only song I know of theirs. Had it on Napster.

With clubs closed due to COVID-19, people in Hollywood are throwing out-of-control house parties, and the LAPD has had enough https://t.co/aOkwezIIge

The LAPD are sick of it, too. Sick of these douche bags peeing and puking in the streets at 3AM. Haha 3AM, how pathetic. If this were New York, it would be 6AM. Or never! As Will Smith said in his hit single Miami, “New York is the city that we know don’t sleep.”

THR– “A major concern for the Los Angeles Police Department is when a party creates a disturbance for the neighborhood,” one officer says in the video, noting loud music, “screams at 3 a.m.” and traffic congestion on the narrow streets are a major issue. “Public intoxication and urination are also problems we are seeing in the Hills,” the officer added.

I miss a good party puke. Little boot and rally. ‘Scuse me, where’s the restroom? Don’t mind me, just turning on the shower to drown out the sound of me upending my insides. Ho hum, nothing to see here, just turning my body inside-out. Open that medicine cabinet, squeeze a little toothpaste on your finger (careful not to touch the tube top!), add some warm water, rinse, spit, return to party. Makes you wanna puke tonight.

Here’s the PSA from the LAPD Hollywood division. Looks like they shot it on location, at the very mansions and bungalows where these parties are taking place. Reminds me of that tremendous Lil Dicky song Save That Money, where he shot those mansion scenes by asking the owners if he could do it for free. Love that guy.

With bars & clubs closed due to COVID 19, we have seen an increase in calls for loud house parties in the Hollywood Hills. Our Senior Lead Officers as well as Ethan Weaver from the @CityAttorneyLA office put together a video with info on nuisance party laws in LA. pic.twitter.com/kGN5NG7IG6

I wonder when we’ll stop caring that people are partying. When will that be normal again? Maybe never. Gotta get some Karens up in those Hollywood Hills baby. Where’s the neighborhood watch when you need it?