Will Ferrell And John C. Reilly’s ‘Holmes & Watson’ Is Getting Such Impossibly Terrible Reviews, I Kind Of Want To See It Now 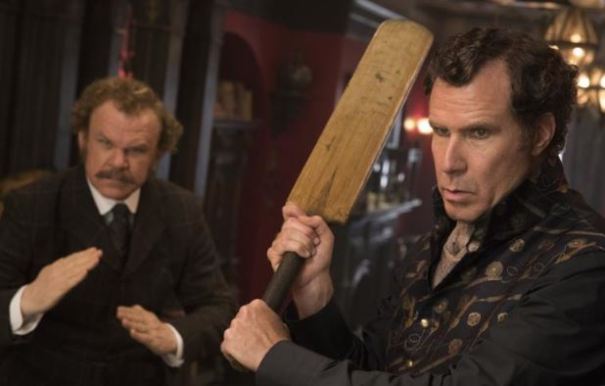 It’s been a decade since Will Ferrell and John C. Reilly teamed up to star in Step Brothers, with their unmistakable chemistry helping to produce one of the greatest comedies of a generation. Step Brothers was released just three years after the release of the endlessly quotable Talladega Nights: The Ballad of Ricky Bobby, also a very funny movie.

The two were reunited once again for Holmes & Watson, attempting to deliver a comedic take on the classic literary partnership in a film that was released on Christmas Day. The two have set the bar high, but all indications are pointing to the movie, which was written and directed by Tropic Thunder screenwriter Etan Cohen, being an abject failure.

The AV Club dubbed the movie “abysmally unfunny” and “career lows” for Ferrell and Reilly. Entertainment Weekly called it “brain dead.” The New York Times: “Dull.” Holmes & Watson currently holds a zero percent score on Rotten Tomatoes (a 19 percent audience score), with reviews that are so bad I kind of want to see it now.

Here are a few:

“The only compelling mystery about “Holmes & Watson” is how so many funny people have been squeezed into such an unfunny movie, a movie that isn’t nearly smart enough to recognize how stupid it should have been.”
-David Ehrlich, IndieWire

“There was once a time when Will Ferrell made funny movies.”
-Brian Orndorf, Blu-ray.com

“[T]he movie is an abject failure as a comedy from the start.”
-Mark Dujsik, Mark Reviews Movies

“The cinematic reunion of Will Ferrell and John C. Reilly, a decade removed from Step Brothers, should be triumphant and hilarious, as opposed to a desperate, sweaty mess.”
-Josh Spiegel, Slashfilm

“The whole thing feels like someone took the unfunny outtakes that might have adorned the end credits and stretched them out into their own film.”
-Peter Sobczynski, RogerEbert.com

Now I don’t typically put too much stock into critic reviews as I do regular people, so I was hoping that I’d get some encouragement from your average Joe and Jane. I did not.

@HolmesAndWatson is an absolute disaster. Had to wake up 3 other family members 40 minutes in just to walk out. Possibly overtakes Ishtar as worse movie of all time! Don’t waste your $ or time! #HolmesandWatson

#HolmesandWatson Save your $$ folks, this was easily the worst movie we have ever seen, could hear a pin drop in the theater, just terrible!

I should have waited before putting up the worst films of the year because #HolmesAndWatson was one epic pile of cinematic disgrace and an insult to the legacy of Sherlock Holmes.

Anyone wanna get stoned and go watch the shit outta this? HMU!