Here’s Everything You Need To Know About ‘Home Alone’ In 60 Seconds, Ya Filthy Animals 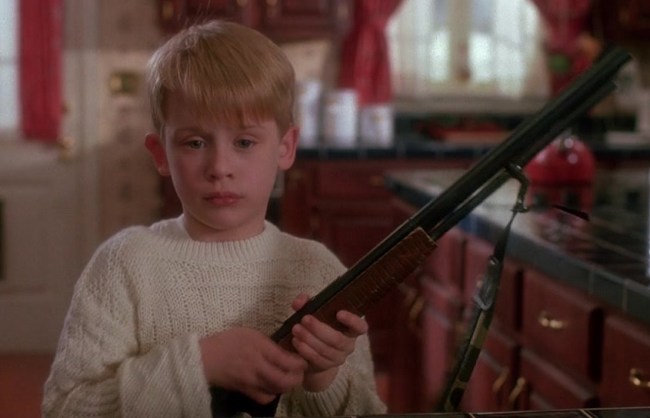 The 1980s were a great time for Christmas movies and the decade produced some films that have become essential viewing during the holiday season.

Over the course of a few years, the world was introduced to the likes of A Christmas Story, the best installment in the National Lampoon franchise, and Die Hard, which is obviously a Christmas movie despite what most people say.

If you need any more proof democracy is fatally flawed, you don’t have to look any farther than that poll.

The 90s might have given us The Santa Clause and Jingle All The Way (Sinbad’s magnum opus) but neither of those films managed to crack the Christmas movie A-list.

However, there is one that managed to crack the upper echelon and firmly establish itself as a holiday classic: Home Alone.

Long before he was dating Mila Kunis and singing in a pizza-inspired cover band, Macaulay Culkin was a fresh-faced child actor who became an overnight star thanks to his portrayal of the temporarily orphaned Kevin McAllister.

Of course, you can’t forget Joe Pesci’s performance, which probably would have gotten him a Best Supporting Actor nomination if he hadn’t already secured one with his role in Goodfellas.

If you’re like me, you’ll end up watching Home Alone at least a couple of times before Christmas rolls around, but if you’re looking for a quick fix, our resident movie condenser Cool Dude Bro has exactly what you need with one of his signature 60-second recaps.

If you liked that (and you should have), be sure to check out some of Cool Dude Bro’s other summaries.